Flashback to Tedo Zibzibadze's smashing tackle on Max Evans in 2011 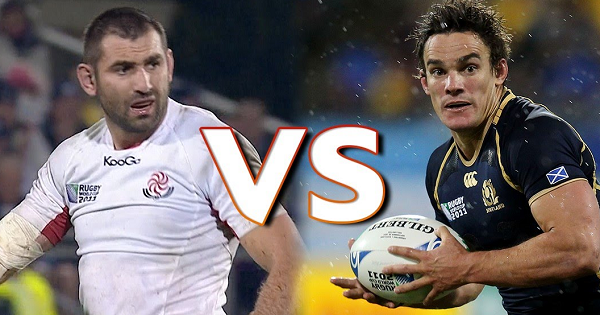 Scotland face Georgia this Saturday at Rugby Park in Kilmarnock in the third and final Autumn International. The two sides have met just the once, in the 2011 World Cup, with the Scots edging a tight encounter 15-6.

Georgia gained much of their fame four years prior as they came within just feet of beating Ireland in Bordeaux. Since then, the side now coached by Milton Haig has won the second-tier European Nations Cup title four years running and become a rising force in world rugby.

Ironically, the only previous meeting between Scotland and Georgia was also played at Rugby Park, albeit in Invercargill.

Apart from the miserable conditions, one incident that that stood out was a thumping tackle by Tedo Zibzibadze on Scotland’s Max Evans in the second half.

It was a brilliantly timed hit on Evans and such was the force, Zibzibadze only just managed to get the statutory arms round to make the tackle legal.

Penalties settled the match in favour of Scotland, but recent performances from both teams suggests a few tries will be scored in what could be another tight affair.