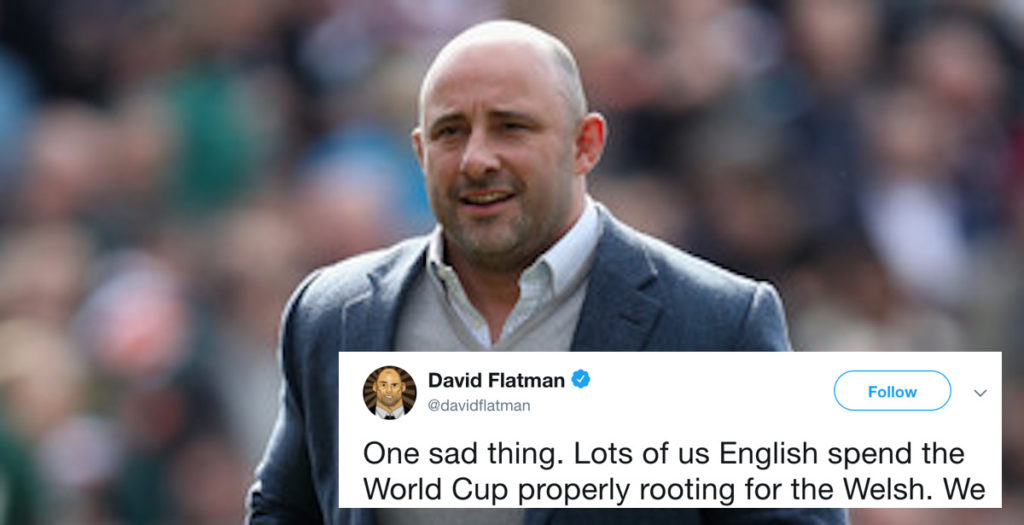 Flatman Tweeted that he was disappointed at the ‘childish vitriol’ of Welsh fans following England’s defeat to South Africa.

The ex-Bath player spoke on behalf of England fans saying that they “love Gats, AWJ and co” but seemed dejected that the support wasn’t mutual.

Off course this statement received some backlash from both Welsh and English fans.

One sad thing. Lots of us English spend the World Cup properly rooting for the Welsh. We love Gats, AWJ and co. Then England lose a game most of us thought they’d win after being immense last week, and the Welsh vitriol on here is endless. Shame really, and a little childish. X