FOOTAGE: England's training camp with Georgia has a different intensity this time around 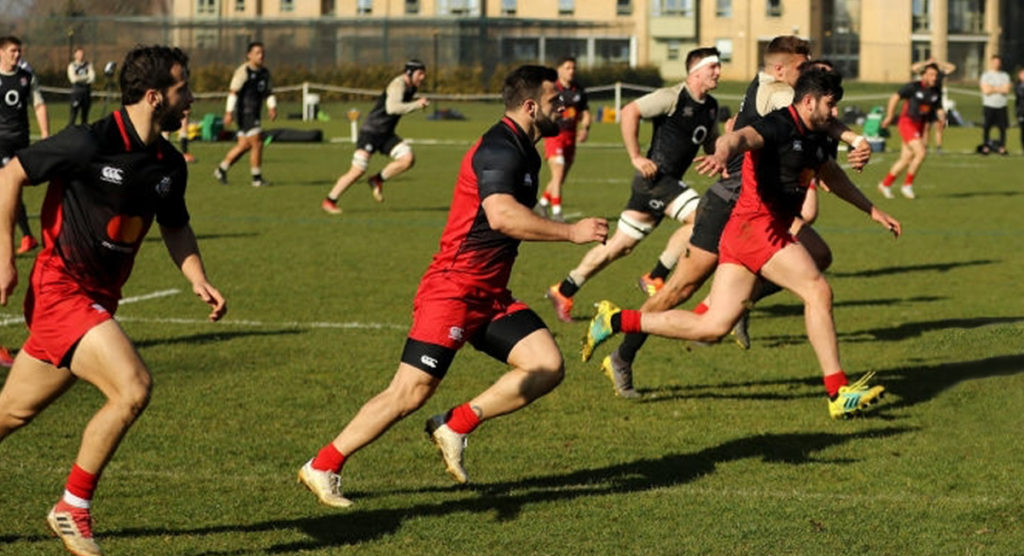 England’s training camp with Georgia is underway, and the Press Association’s Duncan Bech recently gave an update on how the camp was going in an interview with the BBC.

The most noticeable thing about this interview, at least in what is shown, is that England are not training with the same intensity as they did last year when they trained with Georgia.

Eddie Jones’ team were widely accused of being fatigued when it came to the Six Nations games last season. One factor was because it was the season after a Lions series, which featured a large number of England players. However, there were accusations that the training was too intense.

Not only did this training result in some injuries, but the performances were sluggish as England struggled to a fifth-place finish in the tournament. This was even a concern in the summer series in South Africa, where England let early leads slip away in the opening two test matches, albeit altitude may have played a factor in this as well.

Jones is clearly aware of the risk of burnout come the last two weeks of the tournament, and while this is a fallow week, he would not want to wear out his players. Additionally, with injuries already to Mako Vunipola, Maro Itoje and Courtney Lawes this Championship, the Australian cannot risk any more of his players succumbing to injury in a brutal week of training.

Nonetheless, it was said that there has been a clear focus on the set piece in this week of training, particularly scrummaging, where the Georgians have quite a reputation. While this has not necessarily been a weakness of Jones’ throughout the Championship, he may feel that this is an area to improve upon.

With a notoriously mobile front row that are very good in the loose, the coach may feel that strengthening them in the set piece may take his team to another level as they hope to win another Six Nations title.

Georgia have been in England camp… as have @chjones9 and the Press Association’s @DuncanBech pic.twitter.com/jj4idkwDFj