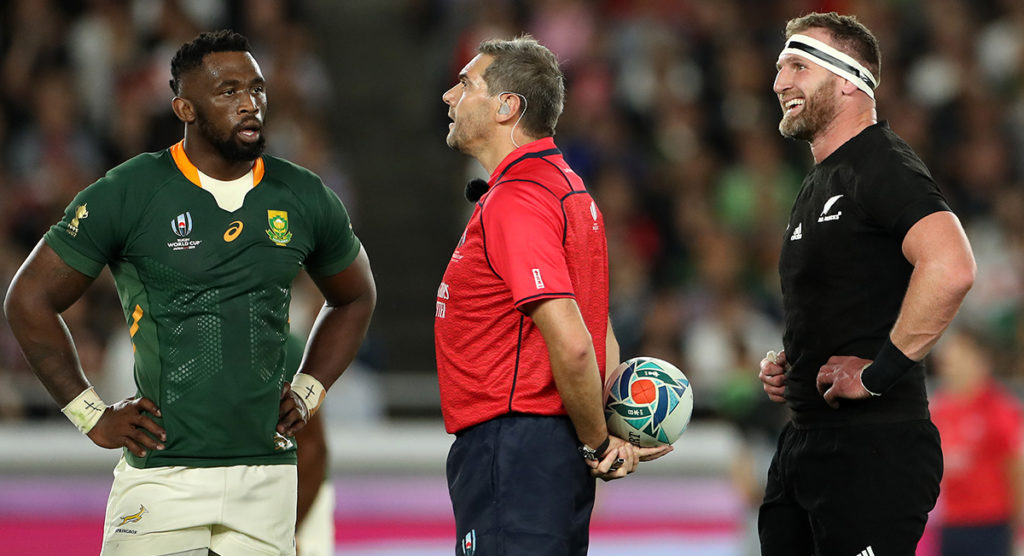 Following South Africa’s 23-13 loss to New Zealand in their opening game of the World Cup, French referee Jerome Garces’ performance has come under heavy scrutiny. He received a large amount of abuse online, after 75% of the penalties he awarded went against the Springboks.

While it’s generally accepted that referees can make errors both ways and it evens out over the course of a match, the penalty count was heavily in favour of New Zealand, something coach Rassie Erasmus calmly pointed out after the match.

The breakdown in particular was a shambles, with it being a complete free-for-all at times.

MOTM : Jerome Garces, hope he’s in the starting 15 for the All Blacks in their next game ! Outstanding stuff pic.twitter.com/Kfiq8hasDY

It wasn’t only South Africa that were unhappy though, as New Zealand also got some harsh treatment on rare occassions, leading to skipper Kieran Read supposedly calling Garces ‘gutless’.

“Kieran Read’s words if you did not hear them were ‘that’s pretty gutless’,” commentator Scotty Stevenson recounted, referring to the time the referee chose not to show a card for a clear infringement.

World Rugby have issued a statement, reflecting on the refereeing in the opening round.

“Following the usual review of matches, the match officials team recognise that performances over the opening weekend of Rugby World Cup 2019 were not consistently of the standards set by World Rugby and themselves, but World Rugby is confident of the highest standards of officiating moving forward,” the statement reads.

“Elite match officials are required to make decisions in complex, high-pressure situations and there have been initial challenges with the use of technology and team communication, which have impacted decision-making. These are already being addressed by the team of 23 match officials to enhance consistency.

“Given this proactive approach, a strong team ethic and a superb support structure, World Rugby has every confidence in the team to ensure that Rugby World Cup 2019 delivers the highest levels of accurate, clear and consistent decision-making.”

This video has been getting a lot of attraction and highlights a number of the inconsistent and generally poor calls, particularly in the scrum and at the breakdown.