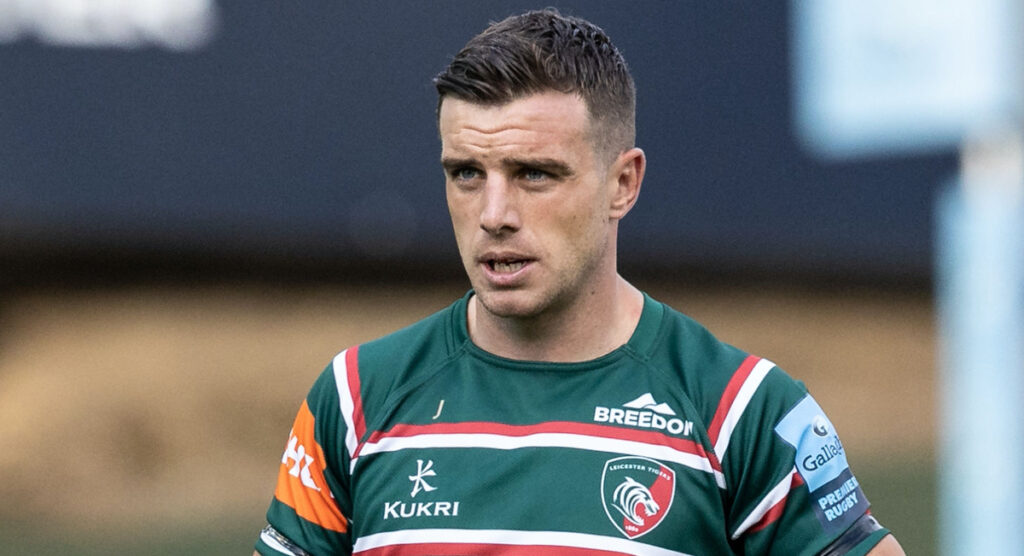 England and Leicester Tigers fly-half George Ford has the best goal kicking success rate in the Gallagher Premiership this season, according to goalkickers.co.za.

The 69-cap England international has a 92.6 percent success rate after 17 rounds of the league, which has seen him convert 25 out of 27 kicks.

Exeter Chiefs’ Gareth Steenson actually has a better kicking percentage than the Englishman out of the top ten kickers with 94.3 percent, but the website specifies that Ford’s kicks had a higher difficulty rating.

Steenson is second on the list, nonetheless, followed by Wasps’ Jimmy Gopperth at 87.1 percent, and fellow Chief Joe Simmonds at 87.5%.

Bath’s, and previously Saracens’, Ben Spencer is in fourth, albeit he has only converted eight out of nine kicks, ahead of Northampton Saints’ Dan Biggar and London Irish’s Stephen Myler. So Ford is leading a pack of Test standard goalkickers.

Incumbent England kicker, and preferred option over Ford, Owen Farrell, is 13th on the list at 75.8 percent, which may surprise some as the Saracens No10 is revered as one of the best kickers in the game. However, perhaps Farrell’s reputation has been forged by his reliability to convert when most needed rather than his overall consistency.

But Ford’s appearance at the top of these standings may also surprise some as his goalkicking was perhaps his Achilles heel at the beginning of his Test career. That is possibly one of the reasons why Jones chose to field the Ford-Farrell axis in order to exploit the boot of one and the playmaking credentials of the other.

In what has been a testing two years for the Tigers, Ford has carried the team at times, particularly last season, and his kicking percentages reflect how crucial he has been at Welford Road.