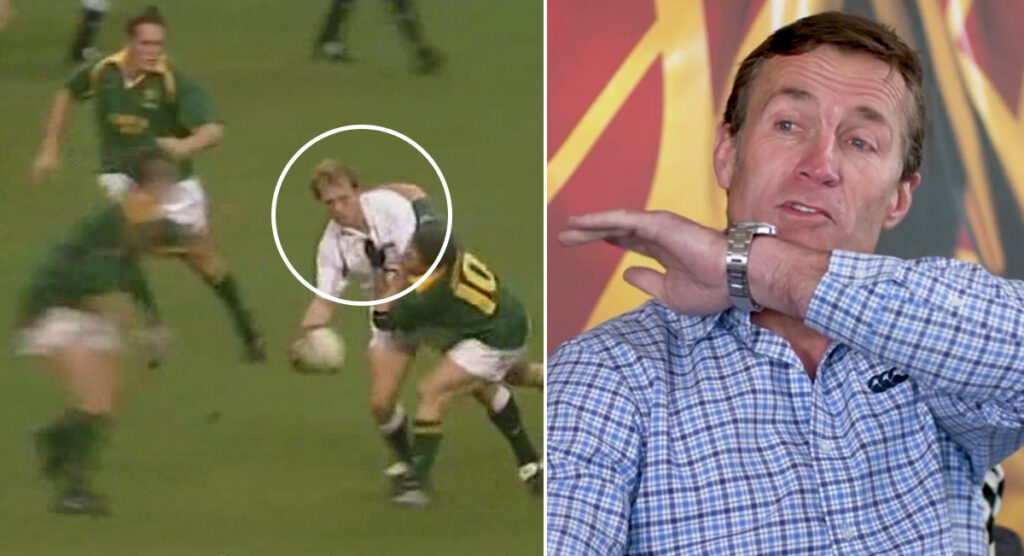 Close to two years to the day since Corne Krige tweeted an apology to Matt Dawson – 16 years after the incident – the former Springbok captain has spoken openly about how he deliberately targeted the England scrumhalf on that forgettable day at Twickenham in 2002.

The Springboks suffered one of their most humiliating defeats on record in 2002 when they went down 50-3 to a powerful England unit.

While a powerful England team were building towards their 2003 Rugby World Cup win, the heavy loss to the Springboks was in many ways due to an early red card to lock Jannes Labuschagne, for a challenge on Jonny Wilkinson that is debated to this day.

As the visitors unravelled and the points piled up, things got decidedly ugly, led by then captain Krige. The flanker took it upon himself to cause all manners of destruction, including one tackle in particular that Dawson has not forgotten. In 2018, the former England scrumhalf tweeted about it, to which Krige replied.

I have apologised many times and on many platforms Matt but never to you directly. My sincere apologies. I was and am ashamed of my behaviour that day. Hope my kids never see the video. DM me your number would love to stay in touch? https://t.co/LVmMeZaBm9

Just recently, he appeared on the new Use It or Lose It show, talking to Jean de Villiers and Schalk Burger about what happened on that day.

Krige was so fired up, that he accidentally knocked out his own flyhalf, Andre Pretorius. He tells an amusing story about coach Rudolf Straeuli’s comments post match (see videos below), but Dawson would probably not be too pleased to hear about how he admits to having deliberately targeted him.

“In a sense – and this might sound bizarre – I would rather do what I did than chuck the towel in, as some of the other Springbok players did,” Krige wrote in his autobiography.

As Krige explains below, Dawson wouldn’t stop talking, so he felt he had to do something about it.

You can watch a short video of the incident again here, including the moment in the press conference that Krige spoke about: