Former Hurricanes lock banned for 5 weeks after punches against Munster 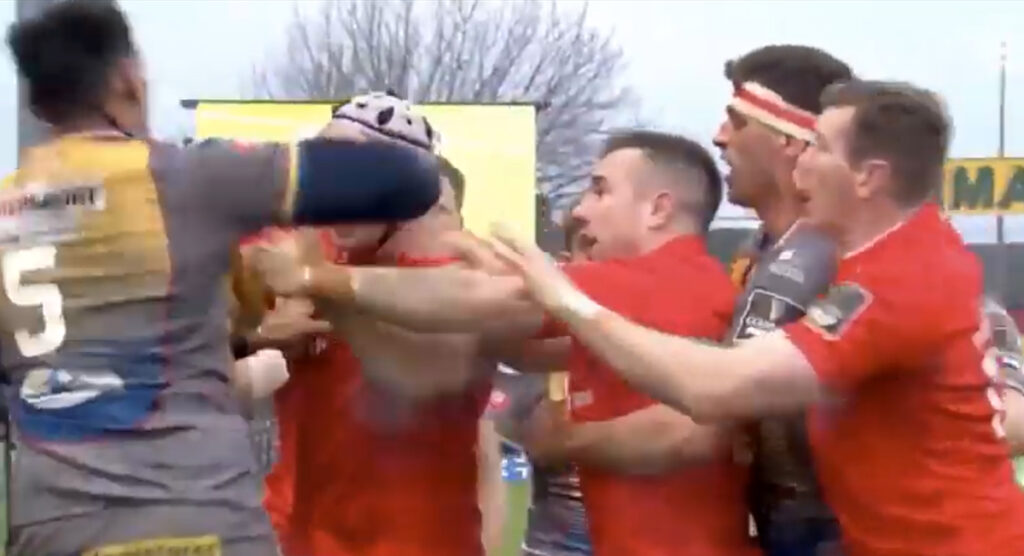 Scarlets second row Sam Lousi has been suspended for the punches he threw and was red carded for against Munster in the round 13 Guinness PRO14 fixture recently.

Shown a red card by referee Mike Adamson, Lousi infringed Law 9.12 – a player must not physically or verbally abuse anyone. Physical abuse includes, but is not limited to, biting, punching, contact with the eye or eye area, striking with any part pf the arm (including stiff-arm tackles), shoulder, head or knee(s), stamping, trampling, tipping or kicking.

Adamson has no option but to send Lousi from the field.

The Disciplinary Hearing was handled by Rory Bannerman (Scotland) and it was accepted that the Player’s actions warranted a red card for foul play. The incident was deemed a top-end offence, which carries a 10-week suspension.

Lousi’s previous clean disciplinary record, acceptance of his actions and remorse shown warranted application of 50 per cent mitigation which brings his ban to five weeks.

He is free to resume playing from midnight on April 5, 2020, but was also reminded of his right to appeal.