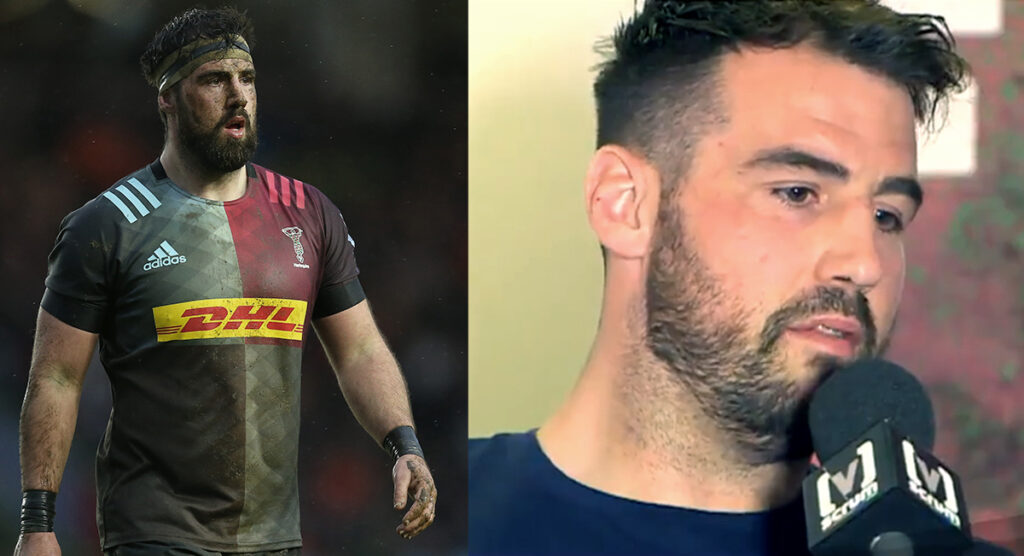 Wales hooker Scott Baldwin has spoken openly a gambling addiction that has cost him countless amounts of money. The Harlequins front rower was speaking to BBC Scrum V, when he admitted to his troubled past.

The 34-times capped Wales hooker, who last played Test rugby in 2017, has received support from both the rugby community and fans.

Baldwin, who infamously put his hand inside a lions cage while on tour in South Africa a few years back, said that digital gambling was his vice.

The more people that speak about gambling issues in sport the better. I’ve seen terrible situations. Awful addiction that ruins lives, football especially are loving the advertising money with no care of the damage it causes.

The 31-year-old said that he was addicted to gambling and lost thousands of pounds in the process.

“It’s one of those addictions that no one will know other than you or the people you want to know. Ultimately no one knows anything about people’s finances unless you want to tell them.

“I’d be sitting in my one bedroom flat on my phone just gambling. It’s so accessible it’s ridiculous.

“You just go online, sign into an account and just spin. I was like just literally tapping a button. That’s all it is, tapping a button waiting to see where the number lands. If you’ve got the number you win, if you haven’t you don’t.

“Ultimately I’d always lose and no matter how much I’d win, I’d always want more and I’d always know deep down whenever I won I’d always lose. Because when I had a big win, at some point getting that big win I was in a hole.

“I was down (money) significantly. You have to keep increasing your bets, you need to win more so you need to bet more. It’s not the winning looking back now which was the buzz, it was the chase of when you were losing rather than when you hit it to get it back.

“It doesn’t make any sense, I’ve had this conversation with my wife since and she doesn’t understand it.”