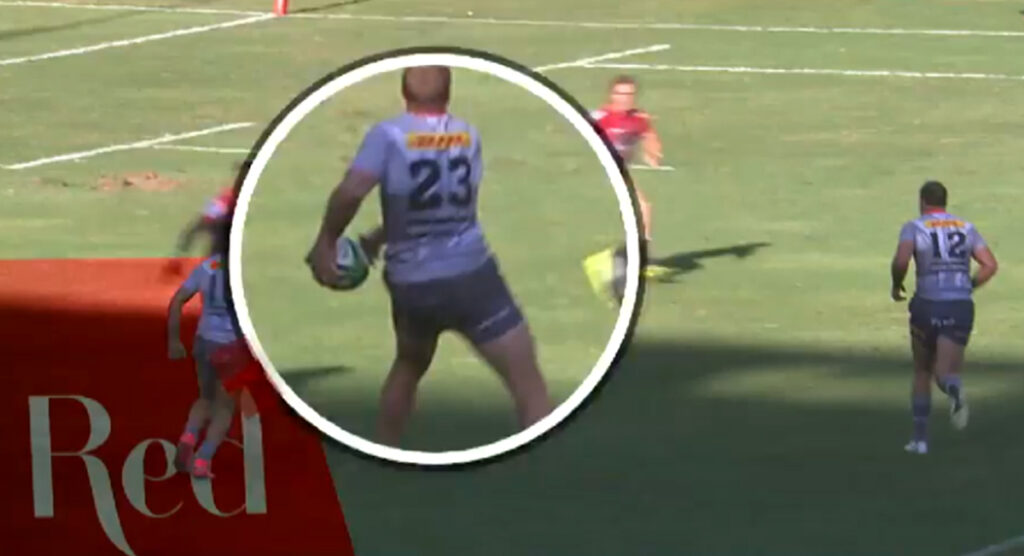 The Stormers edged the Lions 33-30 with a dramatic late winning try in Johannesburg on Saturday. Centre Ruhan Nel scored the winner but it was a pass in the lead up that has come into question.

The Lions had extended their lead with a long range penalty by Elton Janties with just two minutes left in the game, leaving the home crowd confident of an impressive win over the strong Stormers team that was packed with Springboks, and included former Welsh international, Jamie Roberts.

But with the clock in the red, the Stormers  manufactured a try-scoring opportunity out wide and went over in the corner after a long pass allowed winger Sergeal Petersen to feed Nel on the inside.

It was that long pass that has come into question though.

In the earlier Hurricanes vs Sharks match, there was also a crucial forward pass, except that one was more obvious and a try was disallowed, even though they seemed to go back multiple phases for it.

The World Rugby ruling on forward passes is fairly vague, however, referee interpretation these days is based a lot on the position and movement of the hands and body, not on the flight of the ball or where it ends up.

What did you think of this one? You can let us know in the comments section below!

You can watch the full match highlights below

David Havili has been banging on the All Blacks door for a few years now. Ironically, it could be that his move away from his favoured position of fullback that finally elevates him back into the national squad for the first time