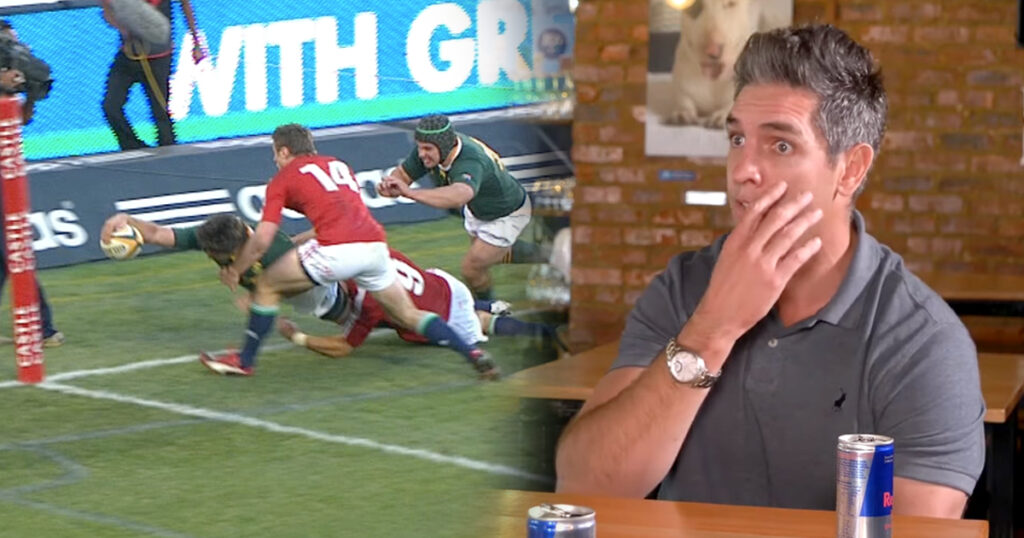 Former Springbok great Jaque Fourie has told the story of how he somehow managed to score that famous try against the British and Irish Lions despite having just received a finger in the eye.

The 72-times capped Springbok, who holds the record of having scored a try against every Test team he played against, was speaking to former midfield partner Jean de Villiers and Bok flanker Schalk Burger on their Use it or Lose it Show.

Fourie, who crossed the whitewash 32 times in Tests, was asked to discuss the Lions tour and that crucial try he scored in the second Test in 2009.

After watching a clip of the try – with a comical Hugh Bladen commentary impersonation – Fourie details how a few phases earlier, he took a switch ball from Morne Steyn and ended up getting a finger in the eye from one of the players.

That’s why he moved out to the wing, and found himself out of position for a moment that will be etched in history for all time.

“I actually stood up and couldn’t see properly. So that’s why I ran out to the wing,” he says.

“I was standing there and I couldn’t see, and as I looked up, the ball was coming. The most amazing thing was I caught it with one eye!”