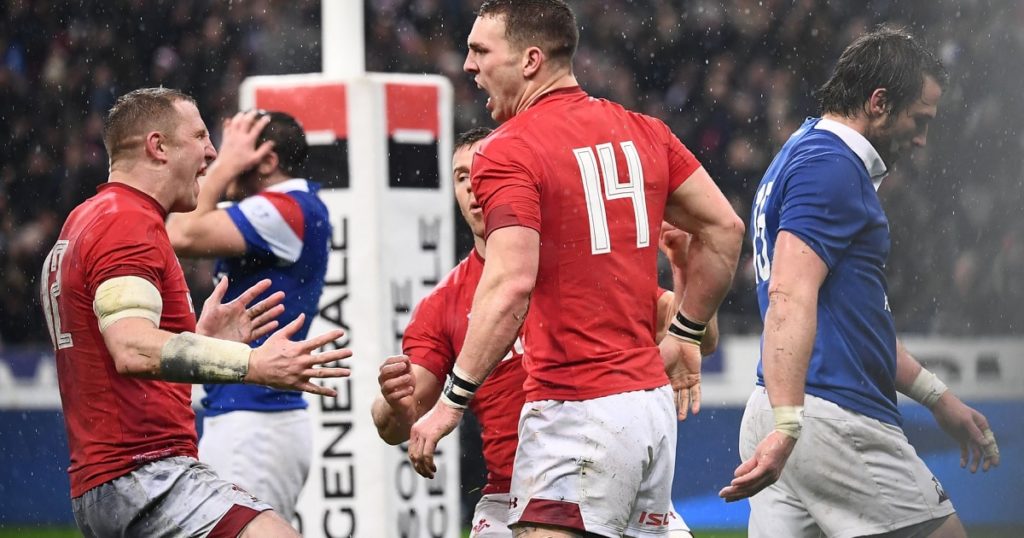 Wales kicked off their 2019 6 Nations campaign with a dramatic 24-19 victory over an abject France in Paris on the opening night of the tournament, despite the hosts holding a 16-0 advantage at half-time.

Jacques Brunel’s French side finally converted promise into points during a spellbinding opening period, dominating the game and scoring tries through Louis Picamoles (after five minutes) and Yoann Huget at the end of the first quarter.

Camille Lopez’s superb drop goal on the stroke of half-time extended the lead but France should have been well clear had it not been for a shocking performance from the kicking tee.

Scrum-half Morgan Parra missed both conversions and a penalty, while Lopez was also off target with his first effort.

Still, the home side led 16-0 at the break as Wales fly-half Gareth Anscombe was also poor from the tee in the opening 40 minutes.

Then the comeback began, courtesy of none other than the French themselves. A horrendous mistake from Huget when trying to secure the ball over his own line gifted George North the first of his two scores.

The second was another gift, this time against the run of play as second-row Sébastien Vahaamahina lobbed a long pass meant for Huget, which left North streaking clear for the line.

It was an inexplicable decision since France had just re-taken the lead courtesy of another Lopez penalty. Deep in the Wales half and 19-17 ahead, the hosts had no reason to push the play in the way they did.

Replacement Dan Biggar slotted the extras and Wales held on in tricky wet conditions to grind out an unexpected victory.