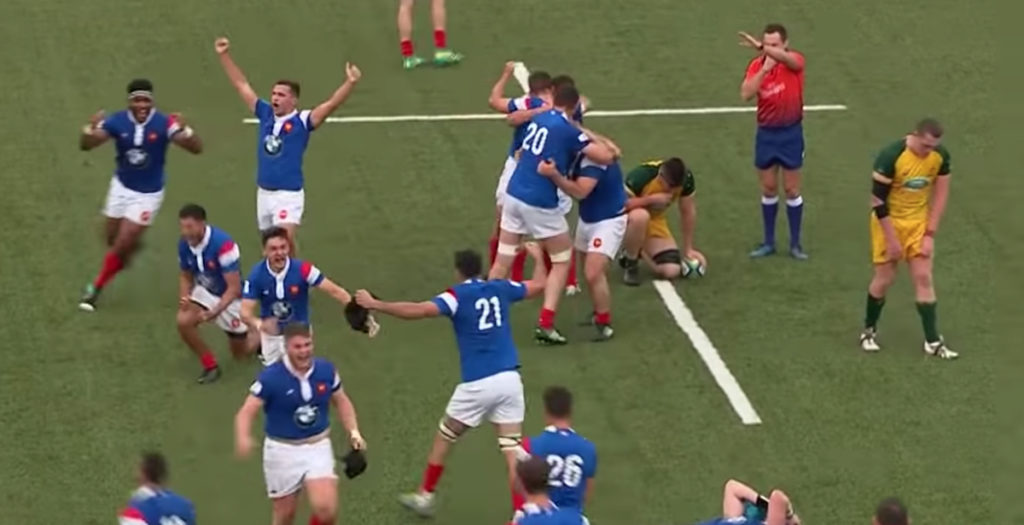 France retained the World Rugby U20 Championship on Saturday after a nail-biting 24-23 win over Australia in Rosario.

Les Bleuets fly half Louis Carbonel kicked the decisive penalty with 15 minutes left on the clock in a game which saw the lead change hands seven times throughout the 80 minutes.

The Australians got off to the perfect start with a try inside the opening minute through Mark Nawaqanitawase – the second ever fastest try in an U20 Championship final.

The French responded well through hooker Theo Lachaud, who powered over the try line from short range and it was his opposite number Lachlan Lonergan who scored the next points for Australia after a clever break from Junior Wallaby Semisi Tupou.

However France got the last laugh in the first half when prop Alex Burin peeled off from a driving maul to score the second try of the game for Les Bleuets.

Australia’s Harry Wilson then scored a similar try to Burin after the break when he barrelled over the try line despite some heroic France defence.

The rest of the match became a kicking battle between the two sides before Carbonel scored the winning penalty for France after 65 minutes.