France come right in second half to win comfortably over USA 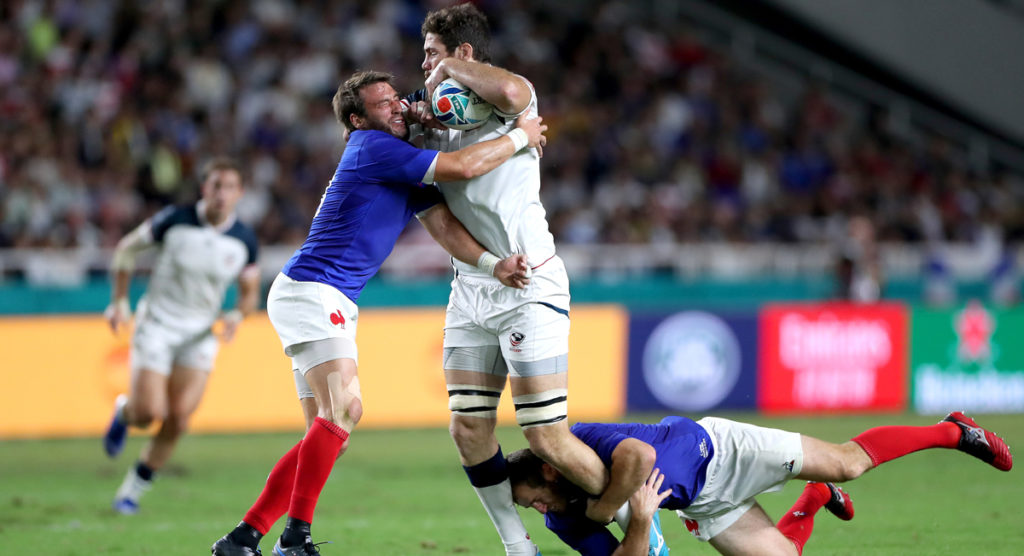 France beat the USA 33-9 as Camille Lopez pulled the strings in a strong second-half performance. Scores were close at 12-9 but the French pack dominated in the final quarter, allowing France to score some nice tries and make it a comfortable win at full time.

The USA were in the game until the 66th minute as France made some bad errors, but experience proved the difference as France scored came right late in the game, getting the bonus-point win.

France play Tonga next in Pool C, followed by a crucial clash against England that could determine their quarter final spot.

💬 "They stuck in there and they gave us a big surprise"@francerugby ace Bernard Le Roux reflects on a challenging match against @USARugby in #RWCFukuoka #RWC2019 #FRAvUSA pic.twitter.com/nrjhHfz2yh

"I'm incredibly proud of this group of players…"@USARugby head coach Gary Gold speaks positively about his sides performance against France at #RWC2019#FRAvUSA pic.twitter.com/1dKBVoFZJf