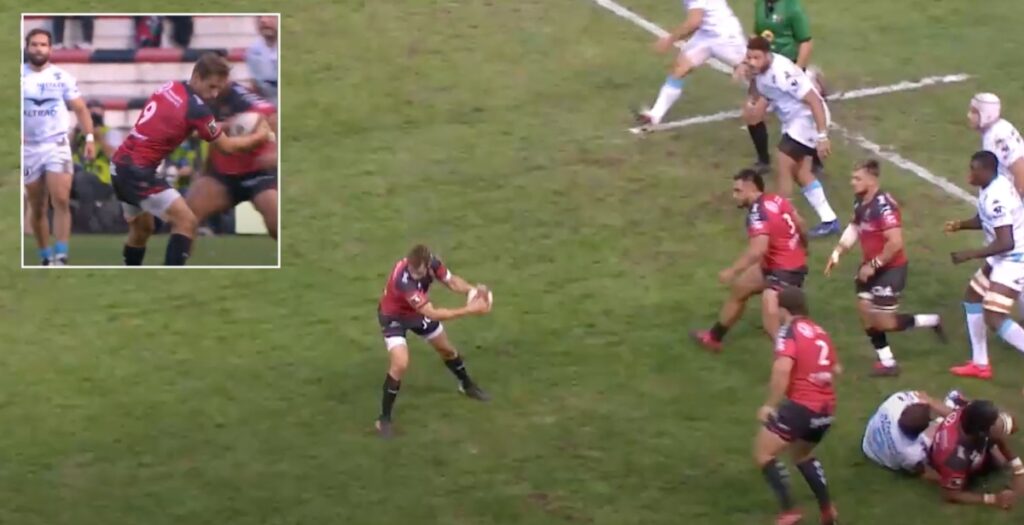 Toulon scrum half Baptiste Serin produced an incredible reverse pass to his fly half partner in last weekend’s Top 14 game against Montpellier.

The French international caught a scrappy ball from the back of a lineout in the first half of the match at Stade Mayol and threw a ridiculous blind pass to fly half Louis Carbonel.

Serin has made 37 appearances for France since earning his international debut in 2016 and the 26-year-old joined Toulon last year from league rivals Bordeaux Bègles.

Toulon managed to edge out Montpellier 25-21 leaving them seventh after four rounds of the domestic competition.