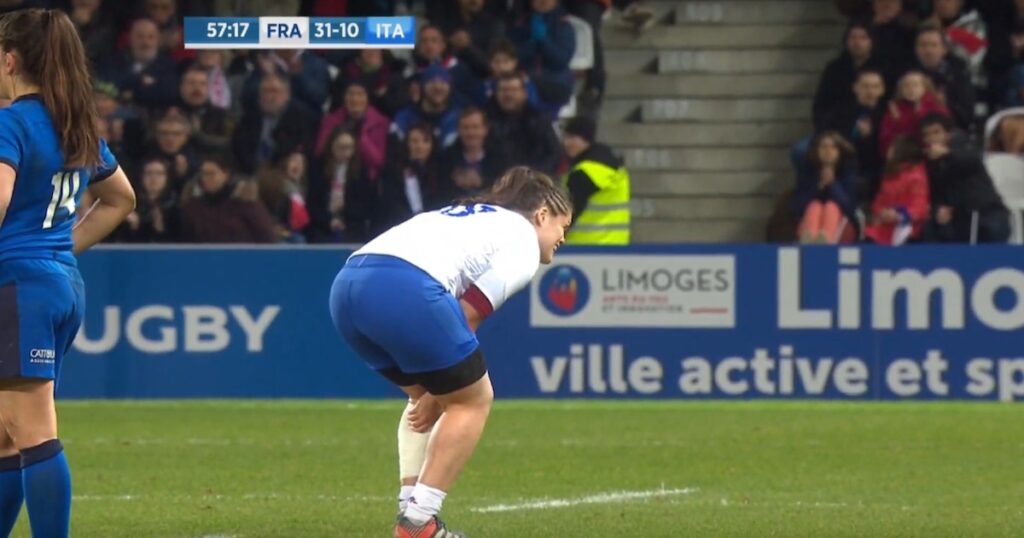 Match commentator Nick Heath said it was something he “had never seen before”, but for French prop Annaelle Deshayes, her non-start of an introduction against Italy is most certainly something she will not want to see again.

Deshayes had been due to come on as a tactical substitute in the 57th minute, but as she came on for Clara Joyeux, the replacement appeared to pull her calf muscle and ended up hobbling back to the touchline in anguish.

That meant that Joyeux had to complete the full 80 minutes, which fortunately for her, was a comfortable 45-10 victory for France in the end.

Cyrielle Banet scored two first half tries for the home side, with Audrey Forlani adding another. A penalty try, followed by further scores for Julie Annery and Laure Sansus made it an easy win.

Full match below (some territories only)