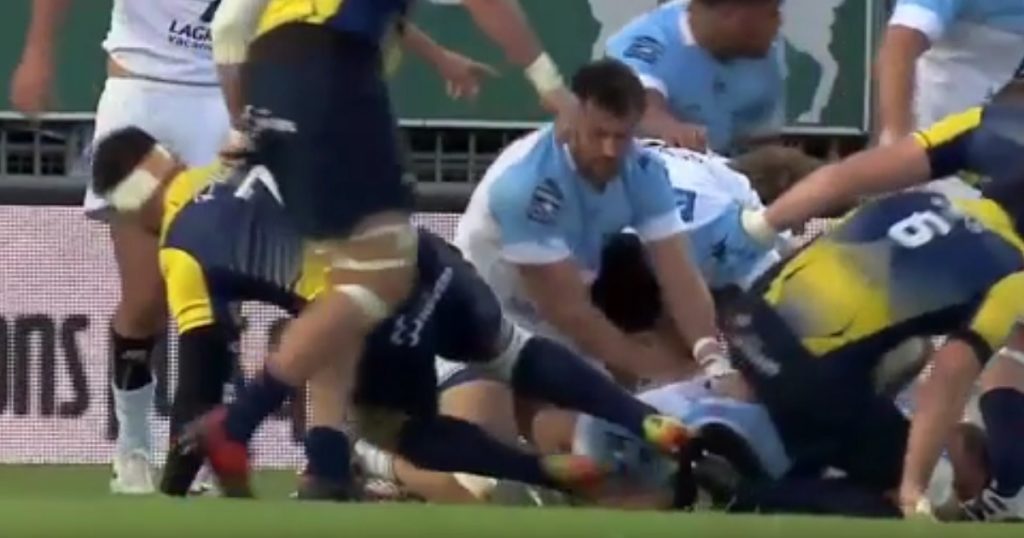 Back-rower Fred Quercy will next week learn his fate after being sent off for kicking an opponent’s head during the French second division (ProD2) play-off last weekend.

Quercy was dismissed in the eighth minute of the match, which Nevers narrowly lost 32-26 to Bayonne, but the 27-year-old will be ruing more than just the defeat when he is up in front of the Ligue Nationale de Rugby disciplinary panel in Paris next Wednesday.

The incident came after Bayonne second row Adam Jaulhac had held onto the legs of both Quercy and his back row partner Julien Kazubek at a ruck, taking them out of the following phase.

Quercy then struck out with a boot to the head of Jaulhac, leaving referee Maxime Chalon no option but to show the former a straight red card.

On first viewing, the kick looks deliberate, but we have seen an incident like this before, in 2006 when Scotland’s Scott Murray was sent off after accidentally striking Ian Gough.

When slowed down in replay, and given that Quercy was held down by Jaulhac, it is entirely possible that the flanker was merely trying to wrestle himself away from Jaulhac’s grip, much like Kazubek managed to do.

Jaulhac received a yellow for his part in initiating the incident.

This ugly incident ultimately marred what turned out to be an intriguing match between two evenly matched sides. Nevers, who had been top of the ProD2 standings at one stage before Christmas were just 22-12 in arrears at the half-time break and got themselves back into the mix with a David Lolohea’s try four minutes from time.

But Bayonne, who last participated in the Top 14 in 2017, held on firm to book their place in the semi-finals against Oyonnax this weekend.