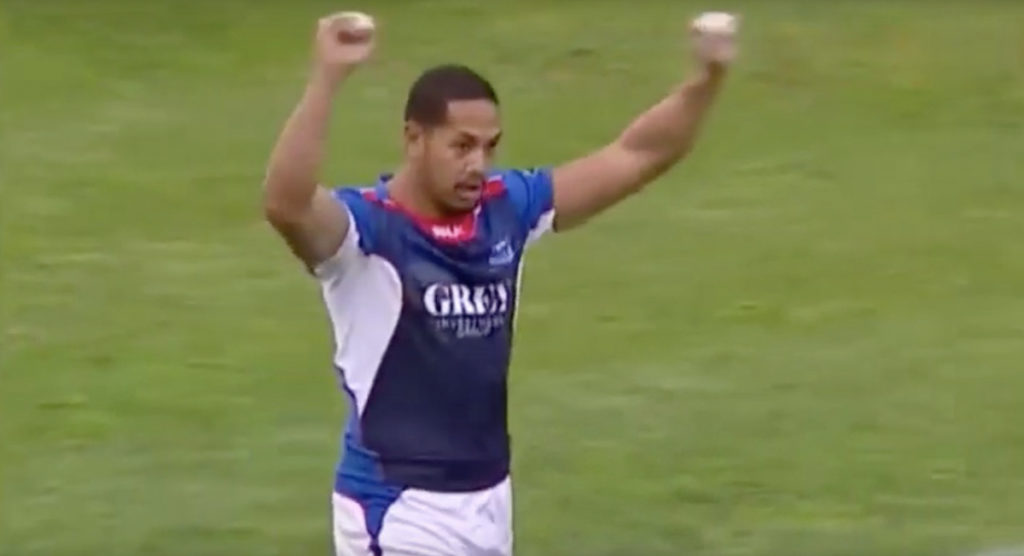 Samoa’s end of year tour of Europe ended with a 28-10 win over Spain in Madrid, following unexpected losses to the USA and Georgia. While they won in the final match, this moment perhaps sums up their campaign at the moment.

Ed Fidow scored a hat-trick against Germany but when facing Spain recently, he started the match with a bit of a shocker. It would have been a quality try after the chip and chase but after then beating another defender when already over the try line, he didn’t get the ball down properly.

Fidow tried his best to convince the officials that it was legit, but it was yet another example of a player not getting the ball down with two hands, and ended up red-faced.

Regardless, Samoa went on to win 28-10 and will hope for more convincing performances come RWC 2019.