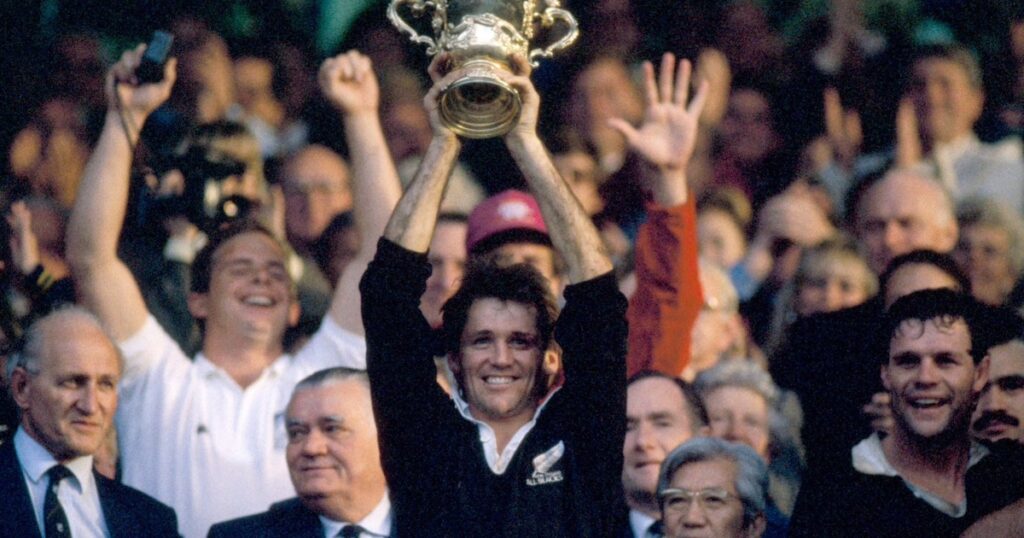 The latest in our Rugby World Cup throwbacks features the final from the inaugural tournament, won by the hosts New Zealand in 1987.

Comparing the first World Cup to the modern version, the differences are plentiful. The game was, of course, still very much amateur but the tournament itself even considering the setup back then, was something of a mish-mash.

For a start, no qualification was required to compete in the World Cup, instead the 16 nations taking part were invited by the governing body, the IRFB. On top of that, some nations had different anthems, most notably Scotland (whose official anthem was God Save the Queen, but who sang Scotland the Brave instead) and Ireland, who famously sang The Rose of Tralee.

France had reached the final thanks to their stunning last-gasp victory over Australia in the semi-finals, in which Serge Blanco scored the winning try. The Kiwis on the other hand, enjoyed a relatively straight-forward passage to the final, amassing a staggering 269 points in the tournament.

New Zealand were equally untroubled in the final, beating the French 29-9 courtesy of tries from Michael Jones, John Kirwan and the captain David Kirk.

Incredibly, it would be another 24 years before the All Blacks picked up a second World Cup crown, after missing out in the 1995 final to South Africa and suffering knock-out stage defeats to Australia (1991 and 2003) and France (1999 and 2007).