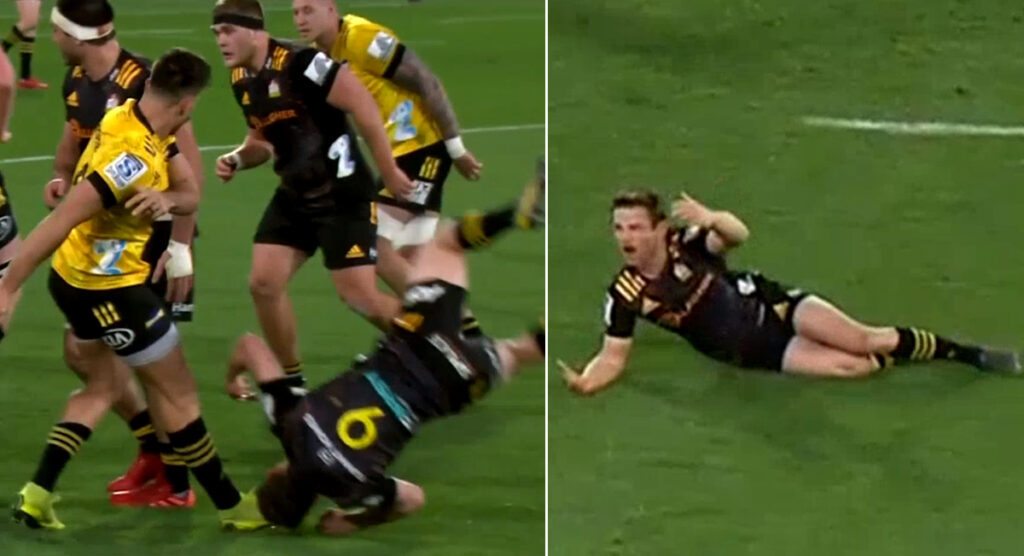 Hurricanes winger Kobus van Wyk will face a disciplinary hearing later this week to determine if he will face further punishment for the dangerous challenge he made against the Chiefs on the weekend.

Van Wyk, who was recently signed by the Leicester Tigers, has been cited for alleged foul play after he was seen to flip Chiefs number nine Brad Webber.

It was his final game before moving to the UK, the 28-year-old was given a yellow card for this unnecessary moment of madness.

Van Wyk is alleged to have contravened 9.18: A player must not lift an opponent off the ground and drop or drive that player so that their head and/or upper body make contact with the ground.

The Judicial Committee for the Hearing will be Stephen Hardy (Chairperson), Chris Smith and John Langford which will be held by video conference on Thursday 13 August 2020, 7pm(NZST).

The Hurricanes won the match 31-18, with Van Wyk crossing for a try later in the game.