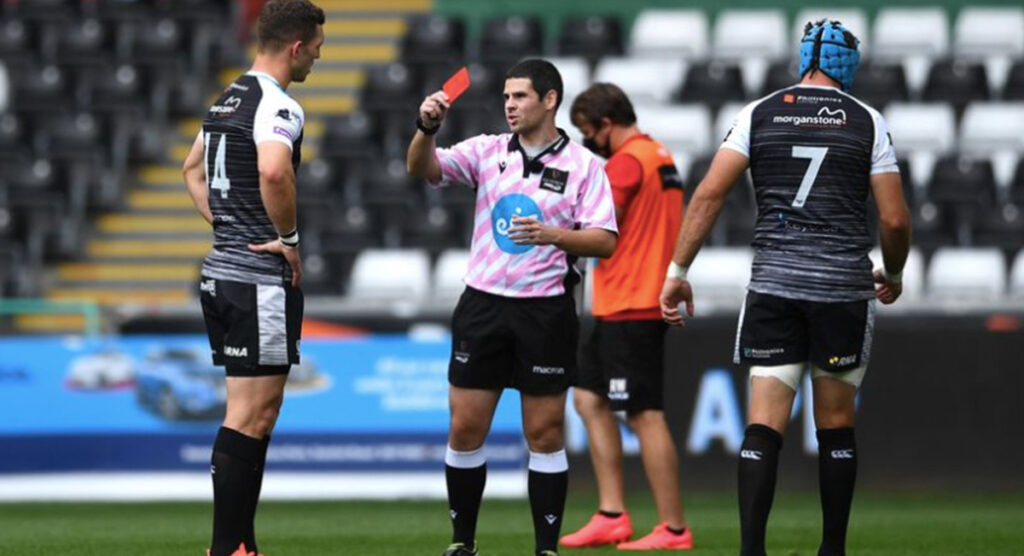 Wales superstar George North had a roller-coaster return to rugby. The winger was sent off for good after only 15 minutes for his dangerous challenge on Ashton Hewitt.

North started well after scoring an early try to extend his side’s lead over the Dragons to 10. However, Hewitt’s cracker of a try pulled Dragons to within three points. Things then turned south for North as he botched his timing at the restart, sending Hewitt head over heels.

The tackle was careless and left referee Adam Jones no alternative but to reach for red – thought to be the first of North’s senior career. Thankfully, Hewitt seemed none the worse for wear.

“George is disappointed and has apologised to the team. Everyone knows he is not a malicious guy but by the letter of the law, the referee and the TMO came to a decision.”