Giant Taqele Naiyaravoro swats opposite man away like a schoolyard bully 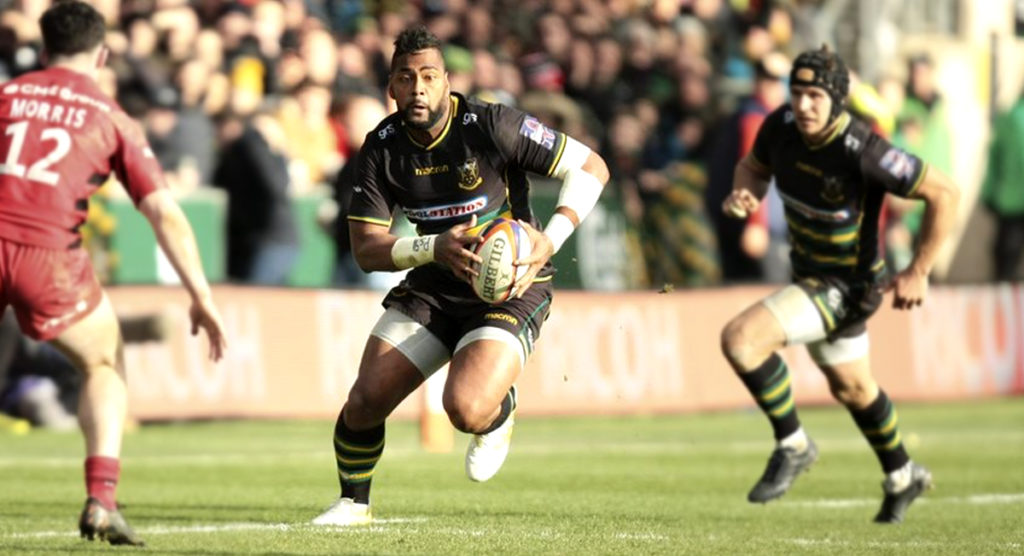 As far as wingers come, they do not get much bigger than Northampton’s Taqele Naiyaravoro. Standing at 6ft 5 and weighing over 19 stone, he towers over almost every man he ever stands opposite.

That was certainly the case in Sunday’s Premiership Cup final against Saracens, where he faced Rotimi Segun, who was half a foot shorter and almost five stone lighter than the Australian powerhouse.

The 22-year-old Segun was one of Saracens’ most promising players this season in the Premiership Cup and had a great competition. However, in one instance he lined up the 27-year-old Naiyaravoro incorrectly and paid the price:

😳 Big @TaqeleN at it again…

This is not the first, and will certainly not be the last time that Naiyaravoro swats away a defender like that, as many players have found it almost impossible to tackle the former league man high.

This clip comes close to encapsulating the day that Saracens had against Northampton, as they were second best in most departments, as Saints stormed to win the competition.

Despite a slow start to his career at Franklin’s Gardens, Naiyaravoro has developed into a key player for Chris Boyd’s team since the beginning of the season, and this short clip shows what he is capable of.

Highlights from the match: