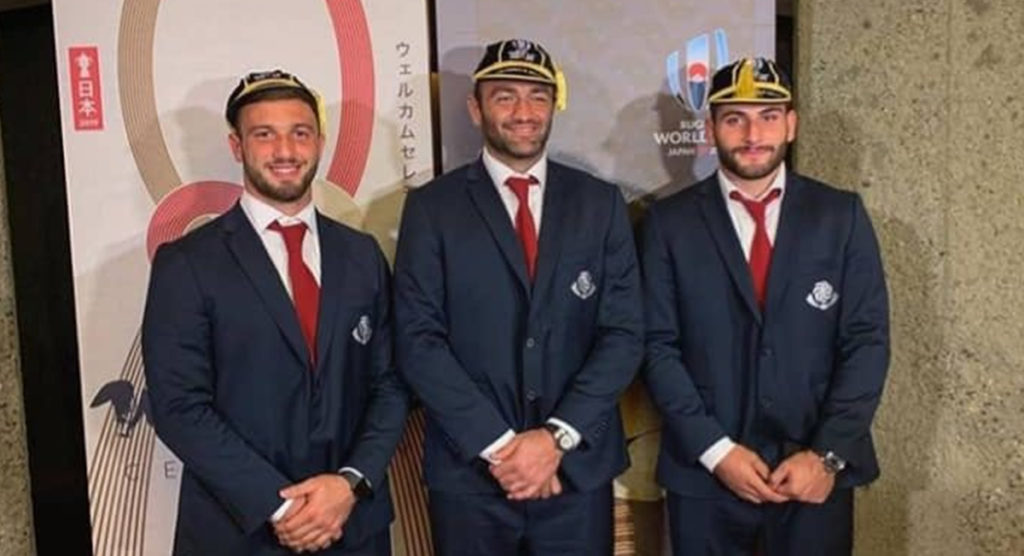 While the likes of the All Blacks, South Africa and England pose the most formidable back rows at the Rugby World Cup, Georgia are equally as dangerous, for commentators to pronounce.

The national team took to Twitter to share the caption “Well, we wish all the luck in the World to Rugby World Cup commentators pronouncing Beka GORGADZE, Mamuka GORGODZE & Otar GIORGADZE when boys hit the pitch during,” alongside a picture of the three players.

Well, we wish All the luck in the World to @rugbyworldcup commentators pronouncing Beka GORGADZE, Mamuka GORGODZE & Otar GIORGADZE when boys hit the pitch during #RWC2019 😲🎙📢 pic.twitter.com/JIM9bCd92H

Toulon’s Gorgodze needs no introduction, as the bruising forward is already an established name in world rugby and a titan of Georgian rugby.

While the former captain primarily plays as a second row these days, he could feature as a loose forward during the RWC, where he could partner both Bordeaux’s Gorgadze and Brive’s Giorgadze.

While the other two are not as well known as Gorgodze, they are both from the Georgian mould of forwards and could pop up a lot during 80 minutes. It would be hard enough for any commentator if these three were on the pitch at the same time, but being in the same back row is the stuff of nightmares for anyone and may prove very confusing.