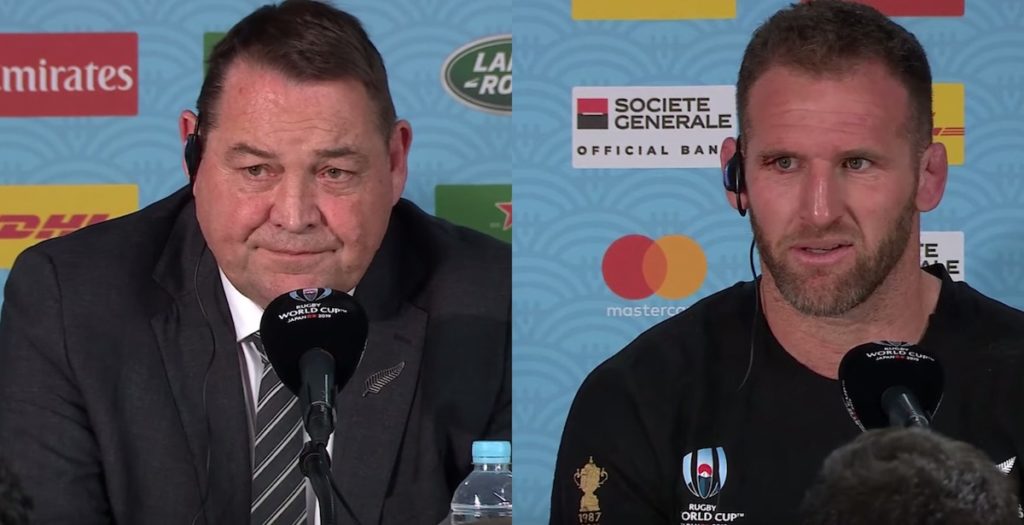 They began by congratulating England on ending New Zealand’s record run of 18 straight World Cup wins  since 2007 but looked devastated as they reflected on losing their final opportunity to win a World Cup.

Hansen, who has previously led the All Blacks to two World Cup titles, said he was not disappointed with his side’s performance, insisting that England were just the better side on the day.

Read praised England for their dominance at the breakdown while Hansen took full responsibility for the change in selection which saw Scott Barrett come into the side at blindside flanker.

To put into context just how impressive England were, Ardie Savea’s 58th-minute try ended the longest ever period of a RWC match where New Zealand had failed to score a single point.

The full post-match press conference is available below: