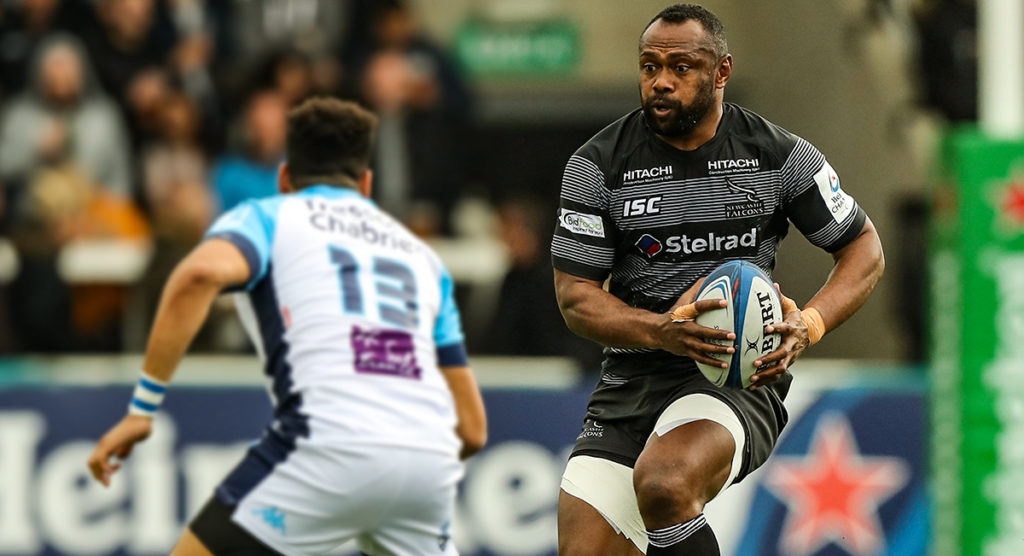 Harlequins today confirmed that winger Vereniki Goneva will be joining the club from Newcastle Falcons for the 2019/20 season. The Fijian flyer played three seasons at the Falcons, after joining them from Leicester Tigers.

The prolific try-scorer has played 55 times for Fiji, scoring 20 international tries. In the Premiership he’s averaged a try every other match across his appearances for both Leicester Tigers and Newcastle Falcons.

“It’s a real coup for us to secure the signing of Niki to bolster our squad from next season,” said Head of Rugby Paul Gustard of the now 35-year-old.

“With Tim’s [Visser] retirement at the end of last season we have been looking to bring in quality to supplement our very exciting young wingers in Gabs and Cadan, and there is no doubt Niki is real quality. Pundits and media alike have commented on his age consistently over the last few years but it is of no concern to me for I have seen one of his passports and it said he was only 28 so we are happy!

“His mixture of strength and speed, coupled with his experience and his continued determination and desire to succeed will complement the strengths of our current players. He has been a success wherever he has been because he is talented and competitive but primarily because he is positive and a good human being. We welcome him and his partner Raijeli to the Club.”

Able to play both wing and centre, the 6’2″, 102kg Goneva said that he’s looking forward to playing for his Dad’s favourite team.

“After playing in the Premiership for the last six years I am really excited to be joining Quins, whom I have always admired as one of the big English clubs.

“They were the first Club that I had a jersey for as my Dad bought me one when I was very little because it is his favourite team, and so I have always had an affinity for them. I cannot wait to join up with my new teammates and look forward to pulling on that famous quartered jersey and running out at The Stoop next season.”