It’s been a terrific return to international rugby for Danny Care. After a surprising call-up to the squad for their pre-tour match against the Barbarians, Care was then on his way to Australia.

A solid performance in the first test from the start, and an active role off the bench in the second gave Care the opportunity to make that number 9 shirt his own in the final crunch game.

Unfortunately for Care, after a half littered with errors, he has been hauled off just before halftime.

The overwhelming feeling is that this is a tactical decision, as England played with so little fluidity.

As Matt Dawson said courtesy of the BBC:

“That’s a reflection on Eddie Jones being pretty unhappy about the way England are playing, but Care has struggled with game management at the highest level. And the scrum-half tends to get criticized for the way a team plays.” 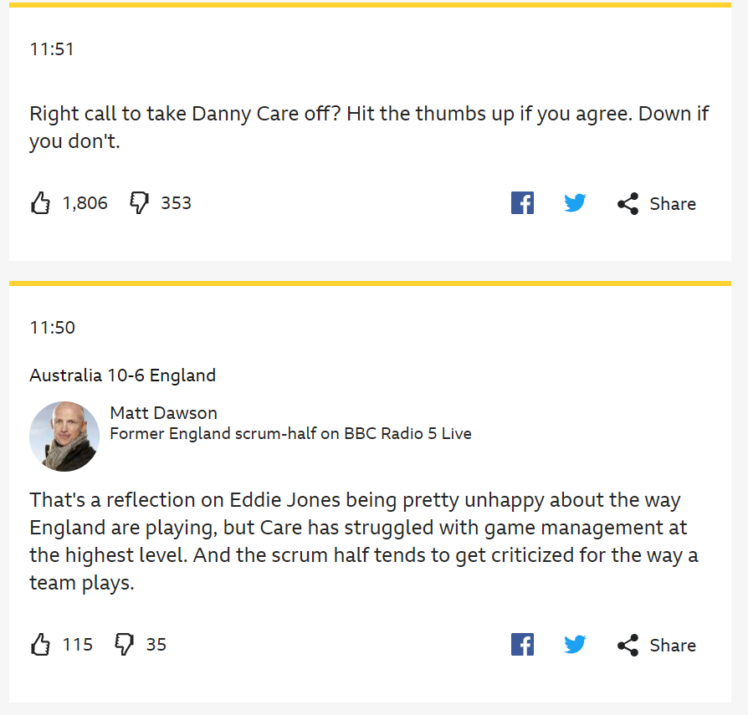 “Danny Care is off, but he didn’t seem to be carrying an injury” Nah mate, he’s just playing really Fucking shite. #AUSvENG