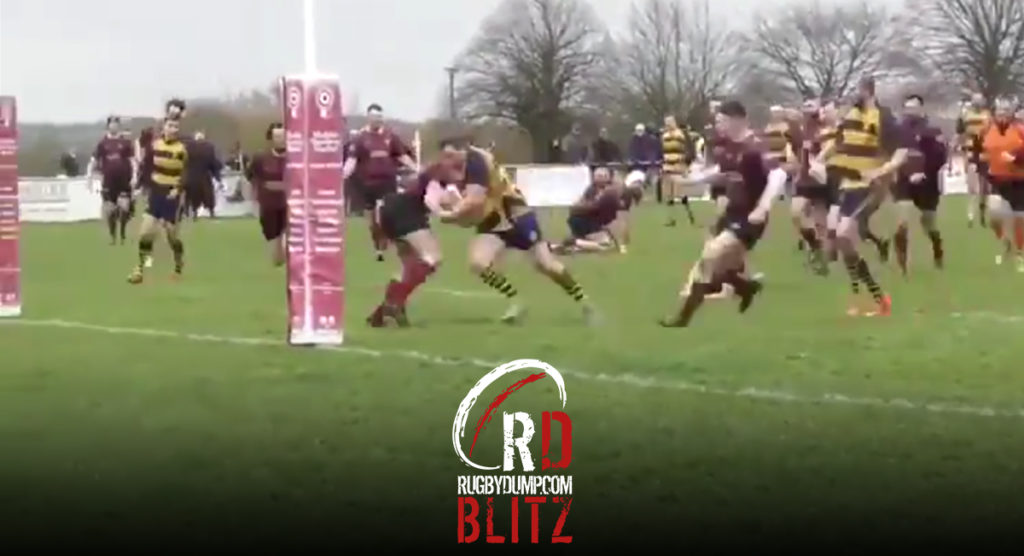 This amusing video was sent to us for Rugbydump Blitz, our amateur submission section. It comes from Loughborough Rugby Football Club and features one of their players having an unfortunate mishap on his way to the try line at an away fixture recently.

Rich Jennings, a centre who looks like he would probably be at home in the front row, bust the line brilliantly and beat no less than three Melton Mowbray players before he came to a shuddering halt from the only thing that could stop him on the day – the left post.

One of the stories goes that he thought it was another player, so intended to charge into it too.

Whatever the case, the collision resulted in a very sore arm and we’ve since heard that he actually tore his bicep in the process.

So while it’s quite a comical clip to watch, including the commentary that mentions a famous player who once did something similar (apologies for the bad language), the result was quite serious for Jennings and he will probably think twice the next time he tries to take on the upright like that.

Submit your videos to us via social media or follow instructions at rugbydump.com/blitz