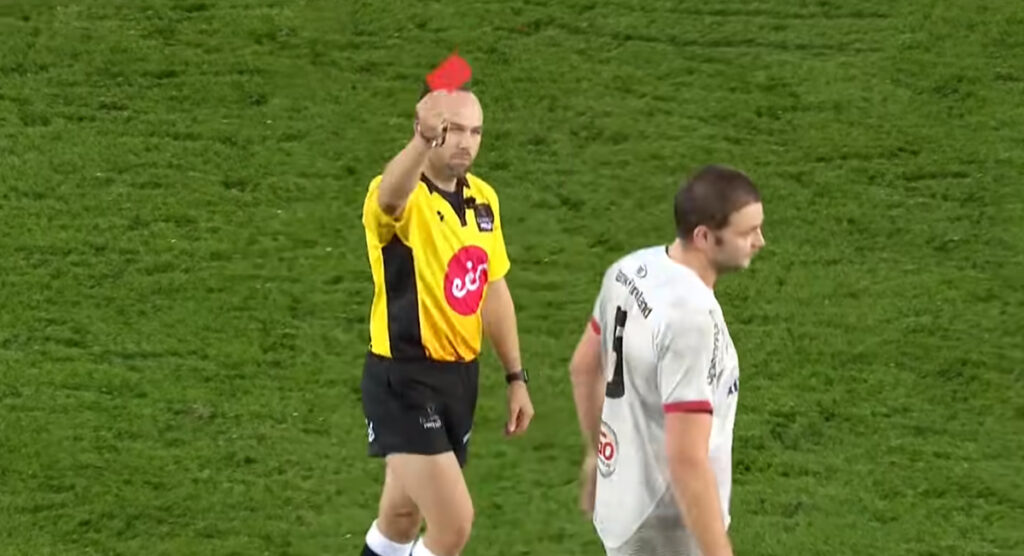 Ulster’s Iain Henderson has been banned for three weeks as a result of his red card in the Guinness PRO14 Round 2 fixture with Ospreys last weekend.

Henderson was shown a red card by referee Mike Adamson (SRU) under Law 9.20 – Dangerous Play in a ruck or maul.

The Disciplinary Hearing was handled by Andrea Caraci (FIR) and it was accepted that the Player’s actions warranted a red card for foul play.

Hendeson’s clean disciplinary record, co-operation throughout the process and remorse shown warranted mitigation of fifty per cent, bringing his ban to three weeks.

He is free to resume playing from midnight on 9 November 2020 and was reminded of his right to appeal.