Hero to zero: Blues winger scores stunning try then gets sent off 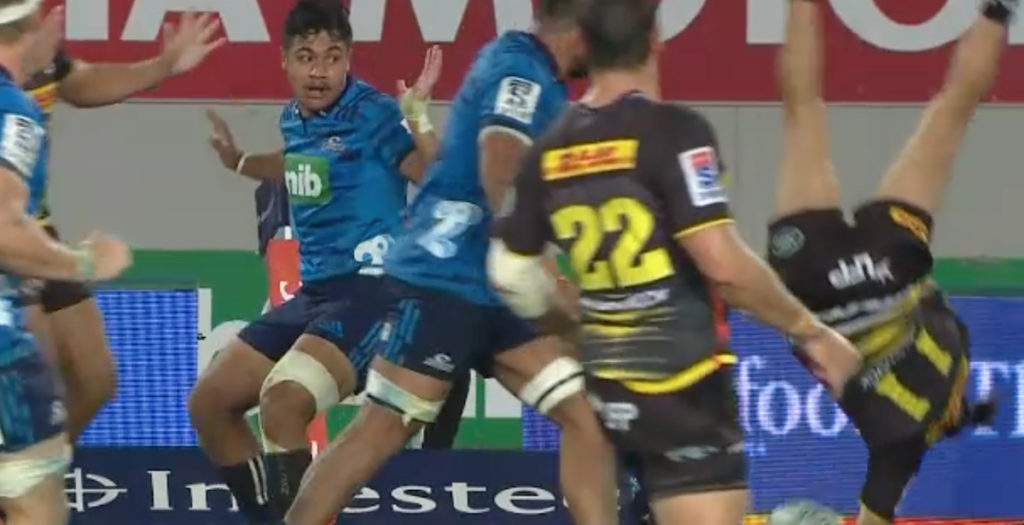 Blues winger Tanielu Tele’a was red carded for a spectacular challenge in the air on Dillyn Leyds which resulted in the Stormers winger almost landing on his head.

Tele’a had already scored this stunning solo try on the wing on the half an hour mark in the first half:

But with just 10 minutes left on the clock, the 20-year-old was chasing a box kick when he took out Leyds in the air, which led to a straight red card.

Leyds did a cartwheel in the air before landing on the top of his back which left the referee no other option than to send off Tele’a.

The Blues went on to win the game 24-9 at Eden Park in a game which saw former All Blacks centre Sonny Bill Williams show-off his immense offloading ability.