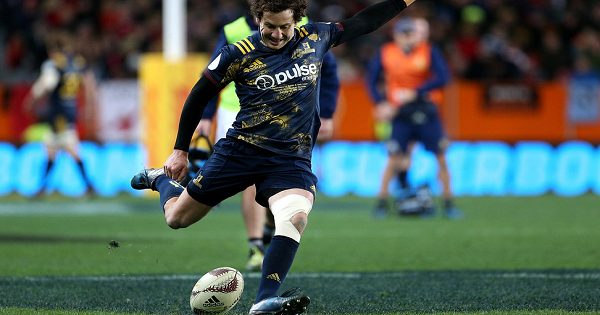 The British and Irish Lions slipped to their second defeat in four matches after a late penalty from Marty Banks secured a narrow 23-22 victory in Dunedin on Tuesday.

It was a game that had almost Test-match levels of intensity, with the Highlanders very much bringing their A-game and the Lions showing a vast improvement from their opening three games.

Both sides laid everything on the table, but ultimately the Lions’ indiscipline once again got the better of them, leaving Banks to win the game for the Highlanders again.

The Super Rugby side started brightly and through an early Banks penalty, took the lead, but only after they were denied a second minute try from Waisake Naholo thanks to a desperate Jared Payne tackle.

Naholo didn’t have to wait long however and made the most of a serious defensive lapse in the Lions line to waltz in under the posts.

The Lions responded well and levelled the game through Jonathan Joseph’s well-taken try approaching the half hour marker.

10-10 at the half-time break, the Lions needed a quick start to the second period and they got exactly that. Perhaps the sole downside of the Highlanders’ play was their – at times – aimless kicking. Lima Sopoaga’s attempted cross-field kick was beautifully snapped up by Tommy Seymour, who raced clear to touch down.

From then on, it was an all-out arm-wrestle. The Highlanders hit back with a push-over try from hooker Liam Coltman, which Banks converted.

Arguably, the Lions had three chances to secure victory and failed to do so. Two penalty misses late in the game – a 68th minute kick from Owen Farrell and 78th minute one from Elliot Daly – cost them six points while Joseph’s final play knock-on settled the result.

Banks’ kick in the 73rd minute was proof if ever it was needed, that points obtained when offered are key to victory.

The Lions now face a daunting clash against the New Zealand Maori side in Rotorua on Saturday.