HONESTY: Referee APOLOGISES to players for making the wrong call 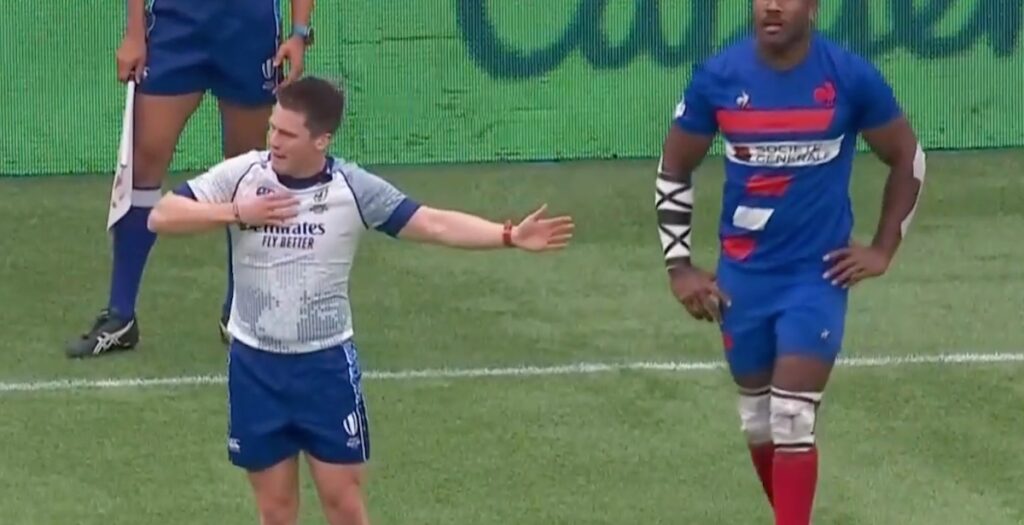 Referee Sam Grove-White apologised to the players for making the wrong decision during the Vancouver leg of the World Sevens Series.

Grove-White stopped play during a pool match between Canada and France to award a penalty for a deliberate knock on.

However after consulting his assistant referee Grove-White admitted to the players that he made the wrong call and awarded a scrum.

Canada went on to win the pool match 31-21 and finished third overall after beating South Africa in the play-off.