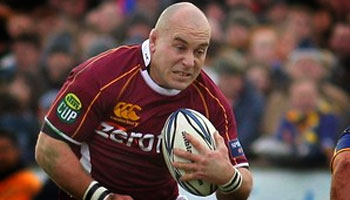 Southland retained the Ranfurley Shield with a famous 9-6 win over Auckland on Thursday night, beating them for only the 8th time in 51 attempts. Hooker Jason Rutledge has been inspirational this season, as he showed a week back against Waikato with some great defensive play close to the tryline.

Rutledge, the son of a Southland legend and All Black flank, has come a long way to reach 100 caps for his team. No longer a youngster, the burly hooker has inspired those around him to greatness, as they now sit firmly at the top of the table in the ITM Cup.

Rutledge has impressed former All Blacks coach Laurie Mains, who has stated that he feels the gutsy hooker should be going on the end of year tour with New Zealand in a few months time.

The 32 year old had a strong Super 14, but was overlooked by the All Black selectors. His recent performances have suggested that he was fairly unlucky.

“I would be selecting Jason Rutledge and the reason is that the All Blacks have played a much more aggressive and physical game at the contact area this year and that has brought them great success,” Mains said.

“Jason Rutledge absolutely fits into that mould. He is the best of the hookers in New Zealand in that close contact area whether it be offensive or turning over ball.

“There is a chip of his great All Black father Leicester in the way he plays. He just loves the game so much and clearly he loves the fierce competition. The tougher it is seems to be the better he goes and we see that particularly in his pick and go, but in other areas of the game.

“We are seeing him do things that we don’t expect front rowers to be pulling off,” he added.

Usually we see flash moves from the backs featured here as short clips on RD, but this is one for the forwards as it features two superb try line tackles against Waikato last weekend, epitomising the way Rutledge plays the game. Definitely worth watching.