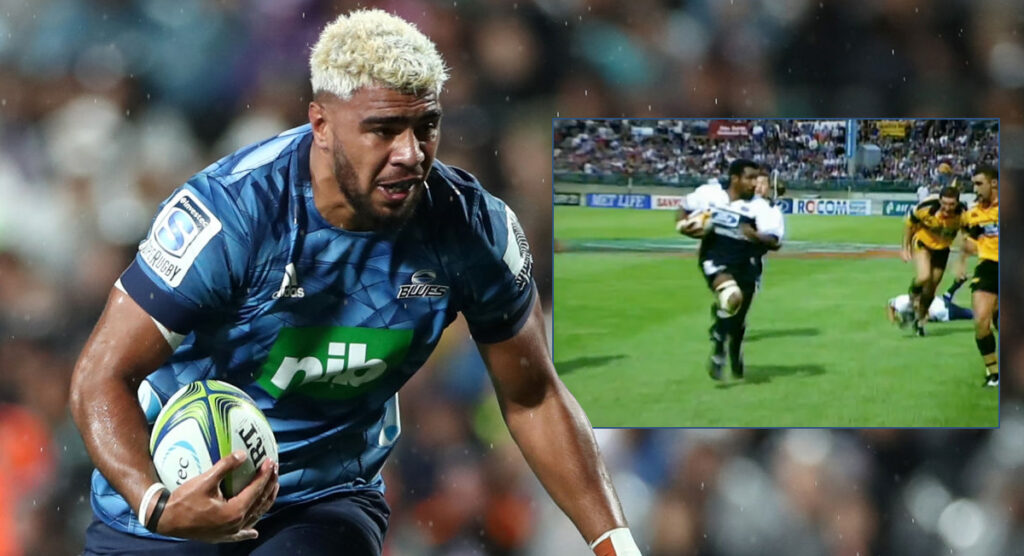 Blues number eight Hoskins Sotutu has risen to prominence with consistently impressive performances for the Blues in this season Super Rugby Aotearoa competition. The mobile forward has also caught the attention of those abroad, due to his eligibility for both England and Fiji.

The 21-year-old has a rich rugby history, with his father, Waisake, having played for the Blues and Fiji.

While there has been speculation about a possible move to England at some point in his career, Hoskins has just re-signed with the Blues for the next two years.

Coach Leon MacDonald said he has been one of the teams stand-out performers so far this season.

“He has a unique skillset which is well-rounded. He has set-up tries with his kicking and with accurate missed passes yet he can do the core roles of carrying hard, offloading, making his tackles and an asset in the lineout,” said MacDonald.

“Hoskins got his chance with the work he did pre-season and has continued to deliver game-in, game-out, and he is developing from a very quiet teenager to a real contributor off the field also. He has come out of the Blues and Auckland systems and if he continues to develop with the same attitude, he can look forward to a long and successful career with us.”

RELATED: Here’s why All Blacks fans are so excited by Blues youngster Hoskins Sotutu

The talented, 6ft4 number eight will be with the Blues until 2022.

“I have signed for two more years with the Blues which is great,” said Sotutu.

“My goals are for the Blues to kick-on in this competition how we left off before Covid-19, keep the team strong and help them continue to improve. It is all about the team for me. I don’t like to look too far ahead. I like to focus on the team I am playing for.”

This short feature sees him talk about his history, his rise and playing for the Blues fans.