How Leinster's current Pro14 dominance stemmed from its past failures 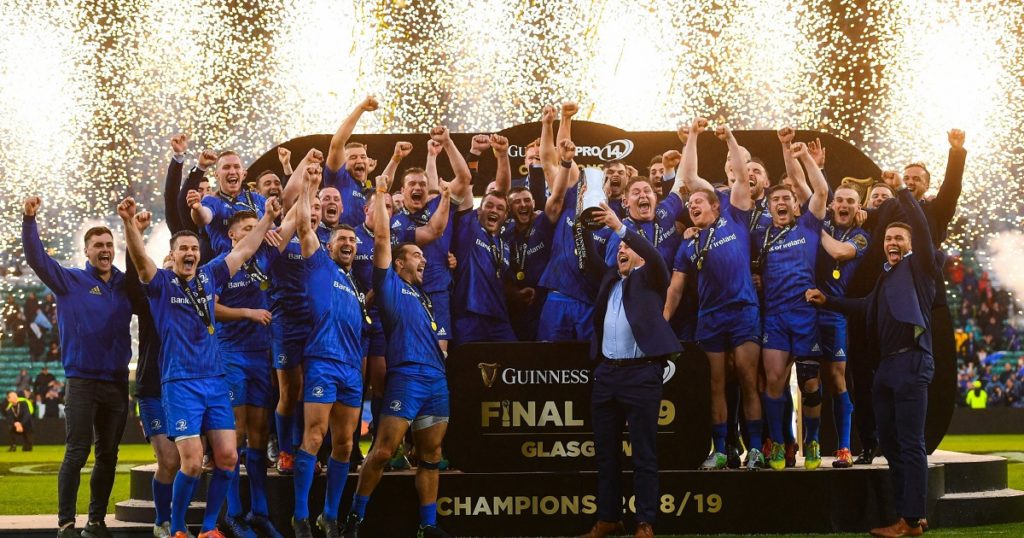 A lucky bounce of the ball following Stuart Hogg’s charged-down kick and another slice of fortune when Rob Kearney recklessly took the Scottish full-back out in the air aside, the Guinness Pro14 final was yet further proof that Leinster remains the stand-out side the tournament’s history.

Since the play-offs returned to the competition in 2010, Leinster have made the semi-finals every year, getting to the final each time bar 2017 when they lost to eventual champions the Scarlets.

Winners in 2013 (against Ulster) and 2014 (against Glasgow), Leinster completed their latest back-to-back title triumph by beating Glasgow 18-15 after seeing off Scarlets 40-32 in Dublin last year.

There’s no doubt that Leinster won ugly at the weekend, but that is exactly why they are the best team in the League. Conditions meant it was never going to be free-flowing running game of rugby, but the way in which Leinster controlled the match is something the province has mastered in recent years.

Match Highlights as Leinster edge out Glasgow at Celtic Park

That’s because, the first three times Leinster reached the final (2010-2012), they failed to finish off the job. Twice beaten by the Ospreys (in 2010 and 2012) after topping the regular season was a stark reminder that finals are never one to follow the form book.

They got stung by Munster at Thomond Park in 2011 as well after entering as clear favourites following their miraculous European Champions Cup comeback win over Northampton just weeks before.

An out-of-sorts defeat to Connacht the last time the Pro14 was held in Scotland in 2016 is perhaps the only blemish on an otherwise dominant past six seasons for a side who seem to know how to win in any circumstances.

It certainly helps the Irish province that it possesses a healthy mix of youth and experience, in both the playing and coaching areas. Veteran Jonny Sexton and try-scorer Cian Healy kept Leinster cool in tricky conditions last weekend, while the up-and-coming Jordan Larmour, Gary Ringrose and Josh van der Flier also impressed under pressure.

Combined with a coaching staff of former England boss Stuart Lancaster and Leo Cullen (who captained Leinster to three European titles and two Pro14 triumphs), these are people who know how to win. And while it’s not always a dead-cert, Leinster’s ability to consistently make the big finals is no stroke of luck.

Part of Leinster’s perfected game management is in the small details. The rush defence on Hogg’s clearance kick was key to Ringrose’s try – although the centre needed to rely on the soaked Celtic Park turf stopping the ball rolling out of play – made sure they were in the right place at the right time to force the full-back into the mistake.

Slowing down the play when Kearney was serving his sin-bin was another aspect of limiting the damage, as was Sexton taking the points when Glasgow’s Kyle Steyn was yellow carded. And protecting the slender three-point margin in the dying stages by keeping the ball with the forwards, much to the annoyance of the home supporters, was another way of preventing the sort of last-minute agony they endured in 2012 to the Ospreys.

Indeed, their success lies in putting the right people together and playing the conditions, the referee and the opponents smarter than anyone else.