How To Create "Mental Toughness" For Rugby? 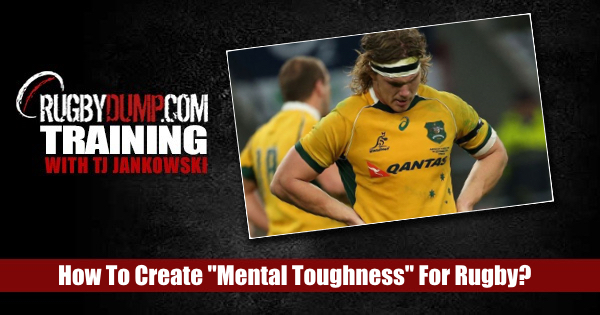 Everyone wants to be tough in rugby. This week Rugbydump Academy’s TJ Jankowski breaks down exactly how we can train to be “tough” on the rugby pitch and why we should all train that way.

Something that often comes up in rugby is the idea of “mental toughness.”

A team wants a squad of players that are willing to do what it takes at the right times in order to win games. They want players who don’t get stressed during games, they keep their head and emotions in check all whilst never taking a backwards step.

But how on earth do we train for this mental toughness?

If you type it in to Google, you’ll most likely find military-style workouts, or some sort of grueling training session that is incredibly difficult to complete.

That should build toughness right? “Pain is weakness leaving the body” afterall.

Perhaps not. Lets look at a examples.

Firstly we have a scrawny kid, playing his second year of men’s rugby. He mostly is on the wing, he misses nearly every tackle he makes and gets smashed every time he takes the ball into contact.

But you know what, this guy never stops, he’s always putting himself in the position to make a tackle (even if he misses it) and calls for the ball as often as possible.

On the other hand we have another winger. He’s been around the block, and has some good speed and size to him. When he wants to he will he miss a tackle or fail to get over the gainline, but his coaches complain that he goes missing in games. Sometimes it looks like he just doesn’t really want to play, hiding on the wing with his hands on his head gasping for breath.

Now, it’s the last play of a game and on the opposite side of the pitch the opposition has made a break from their own 22. Who would you rather have on your team to make the crucial try-saving tackle?

The answer is probably neither.

The scrawny kid, if he gets there, will more-than-likely miss the tackle. He’s spent 80 minutes getting smashed and is hardly in any condition to make such a crucial tackle. And the big guy is probably way too gassed to get there, that’s if he even bothers trying.

Now you could definitely make a case for the scrawny kid being “tough”, but that’s no use to us, because he is ineffective.

The big guy on the other hand seems to be more use, but he clearly has weaknesses that need working on. However is that weakness “mental toughness” or is it simply that he is very unfit.

Training for “toughness” is backwards in my opinion.

Toughness comes from being comfortable in your role as a player. It comes from having the ability to play well.

If you’re fit, mobile, strong and have a high skill-level (otherwise known as being well conditioned), then you’re more likely to back yourself when it matters, and more-importantly have success when backing yourself.

If you’re unfit, weak and unskilled (also deconditioned), then it doesn’t matter how much “mental toughness” you seem to have, you’re going to suck. Making key decisions will be difficult, it doesn’t matter how badly you want it, if you’re knackered you simply won’t be able to step up and produce when it counts. 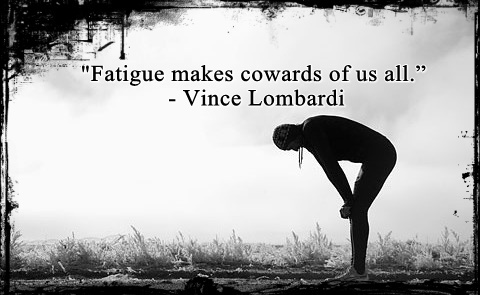 Note: This is not to say that quality mental training will not help you in your rugby performance. We actually have videos from a sports psychologist for the great benefit of our guys in the Rugbydump Academy.

So How Should We Train?

In spite of what many may think, you don’t have to constantly beast yourself.

I’ve listed here and here some great ideas on how to get stronger and fitter.

Make no mistake, you should be prepared to work hard, but equally as important – work smart.

If you are doing lots of highly-stressful things in your training, you’re going to get fatigued. If you’re in a fatigued state, you simply cannot perform at your best.

If one day you decide to perform one of these “mental toughness workouts”, that has a mix of speed training, heavy weight training and high-fatigue circuit training, then you’re going to get fatigued. So fatigued that it doesn’t matter how tough you are, you’re not going to be able to train as hard in the following days.

The result is missed opportunities to make more improvements.

As for the actual plan, you should schedule high-fatiguing sessions days away from each other and perform them at your best. If you’d like to know more it’s called High-Low training and if you’re patient enough I’ll look at this in-depth next week.

There is no tough, only trained or untrained. So go train.