If you can get your head around it, these 3 fierce rivalries make for another fascinating Rugby World Cup 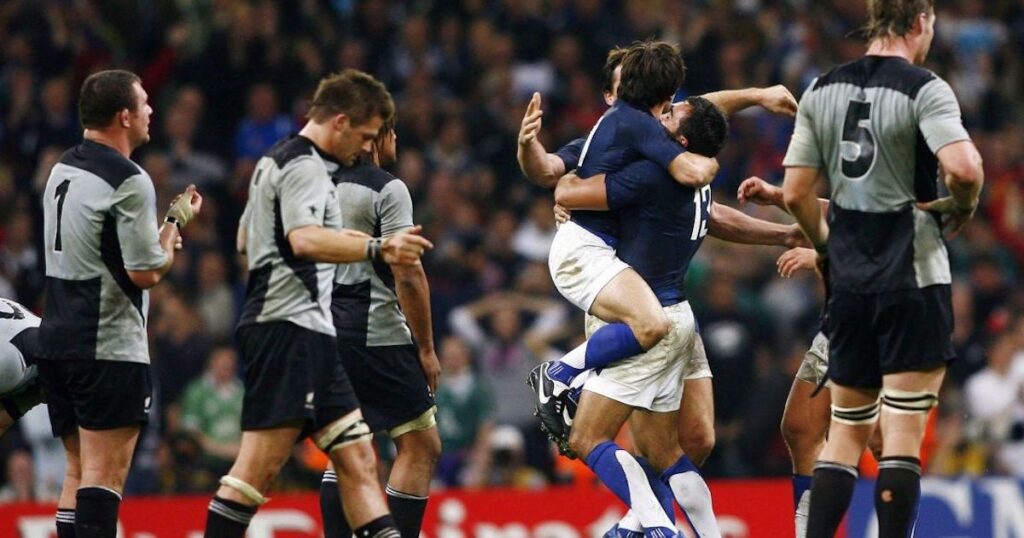 The draw for the 2023 Rugby World Cup had a strangely familiar look to it in some of the pools. For the third consecutive competition, Wales, Australia and Fiji all line up each other while England will face Argentina for the third time in four tournaments.

It does beg the question about how random the draw – based on the world rankings and three years out from the World Cup itself – actually is.

But forgetting that unfortunate aspect of the draw, we wanted to take a trip back through the years of the Rugby World Cup and revisit some of the best rivalries from the tournament’s 33-year history, with a view to 2023.

Some of the most dramatic, entertaining and downright crazy World Cup matches have taken place between these two sides. The most consistently on-form team and one of the most unpredictable on the same pitch. It’s thrown up some memorable encounters over the years, and the two sides are set to do battle again in 2023.

Whether it turns out to be the opening match at the Stade de France remains to be seen, but it’s clear that this is a fixture long etched in history.

The first ever World Cup final resulted in a largely comfortable 29-9 victory for New Zealand, but it was another 12 years before the sides met again, this time in that unforgettable semi-final at Twickenham in 1999.

Dominic, Bernat-Salles, Lamaison, Dourthe…the tries rained down in London as France pulled off one of the biggest World Cup shocks to reach the final. Four years later, New Zealand got its own-back on the French in the third place play-off, winning 40-13 in Sydney.

France caused another shock in 2007, ironically in Cardiff despite the World Cup being held in France. A forward pass which went unsanctioned set up Yannick Jauzion’s crucial try as Les Bleus won 20-18.

2011 was on the All Blacks’ home soil and for once, the two sides were drawn in the same pool. That went New Zealand’s way comfortably, 37-17, but only just secured their second title in the final by a solitary point. The most recent encounter at the World Cup, was the most convicing victory as the All Blacks ripped France to pieces in Cardiff in 2015.

In Rugby World Cup history, no two teams have played each other more than Wales and Australia. From their first meeting in the inaugural tournament (third place play-off) which Wales won 22-21, to the pool stages in the 2019 edition, they have played against each other seven times.

In 2015, the two sides were barely separated at Twickenham with Australia winning 15-6 but Wales finally got their revenge in Japan last year with a gritty, well deserved 29-25 triumph in Tokyo.

A rivalry which really only started in recent years as Argentina climbed up the rankings. Their first encounter came in 1995 with England just edging a tightly fought match 24-18 in Durban. The two sides then didn’t meet each other again until 2011 in Dunedin where England again came out on top in a close match, 13-9.

Last year’s match should have been an even closer affair had it not been for Tomás Lavannini’s 19th minute red card for a high tackle on Owen Farrell. England eventually recorded a 39-10 victory.

Such has been the form of Argentina in the World Cup, they have never been an easy side to roll over and every match between the two sides has been evenly matched. There has also been tension between both sets of players and always contributes to the spectacle of the World Cup.

If you can get your head around it, these 3 fierce rivalries make for another fascinating Rugby World Cup | RugbyDump - Rugby News & Videos