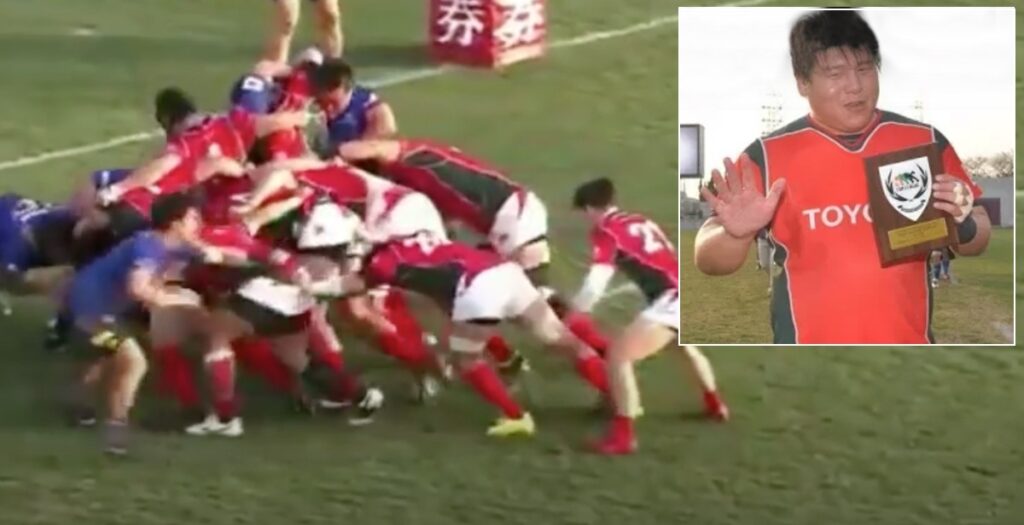 In late 2017 Toyota Verblitz tighthead prop Yoto Loki produced one of the best scrummaging performances in recent years after coming off the bench.

Loki came on shortly after the start of the second half at the Paloma Mizuho Rugby Stadium in Nagoya and completely changed the momentum of the game.

Loki immediately dominated his first scrum, forcing a turnover for Verblitz on the half way line and this trend continued throughout the second half.

The Japanese prop then destroyed another scrum virtually on the Verblitz try line under pressure with just 10 minutes left on the clock and the scores level, forcing another turnover.

From there, Verblitz produced a brilliant counter which took them to the NTT Shining Arcs five metre line where they won a penalty.

Of course Verblitz opted for a scrum, which Loki dominated once more, leading to a late try for the home side.