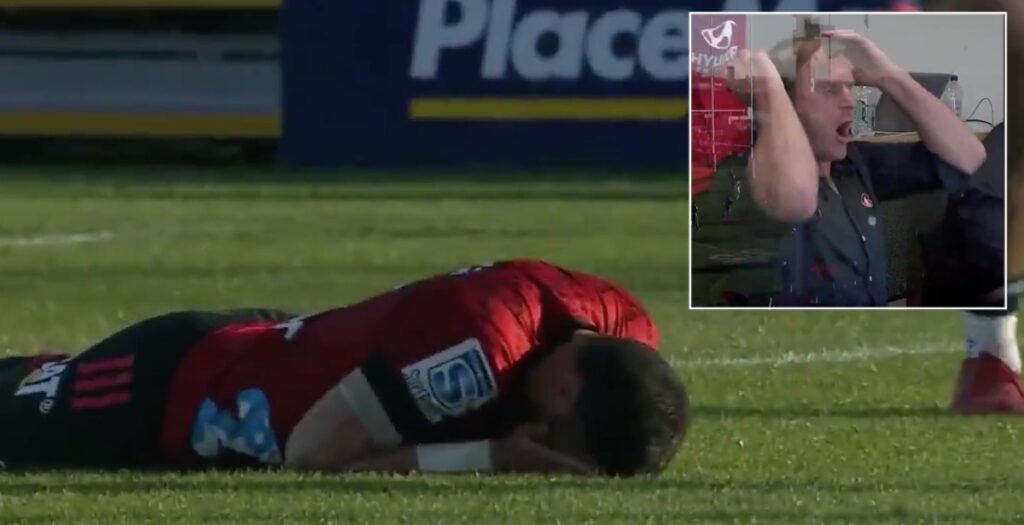 Fans were going wild in Christchurch as Crusaders scrum half Bryn Hall was denied what looked a definite try against the Highlanders on Sunday.

The half back was diving over the try line to complete a superb bit of play by the hosts when Highlanders winger Josh McKay came out of nowhere to tackle Hall from behind and knock the ball loose.

Josh McKay that is a crazy try saving tackle!

The brilliant piece of play by the Crusaders was started by Richie Mo’unga with a lovely half break and no-look pass to full back Will Jordan, who then set up Hall for the try.

Immediately after spilling the ball the half back lay face down with his head in his hands and head coach Scott Robertson looked on in disbelief as his side were denied a wonderful try.

Josh McKay is a thief in the night 😵

Despite McKay’s heroic effort, the Crusaders went on to win the game 32-22 at Orangetheory Stadium making it six wins from seven games in the competition.