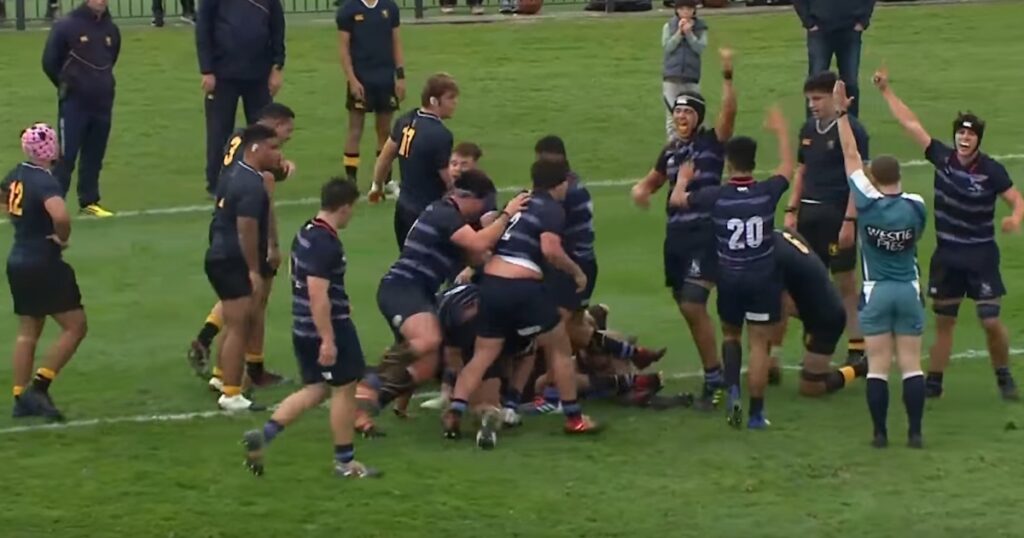 One of the most prized school rugby rivalries in New Zealand took place at the weekend, with Sacred Heart College Auckland snatching a dramatic last-minute victory over Auckland Grammar.

Such is the ability and talent at New Zealand school level, this match – which was held in front of almost 3,000 spectators – resembled a professional club match, with some scintillating attacking play from both sides which produced great tries.

The rivalry between the two teams goes back years and the list of former players from both sides gives you an idea of the rugby heritage the fixture has.

There was also a superb set-piece attack which ultimately set up Auckland Grammar’s first try, with diminutive scrum-half Fionn McKenna starting the move from inside his own half from the back of the scrum.

The match ebbed and flowed and was a real classic, but eventually Sacred Heart came out on top with a last-minute score to steal the game 24-21.