Ireland fans not impressed after error-strewn win over Russia 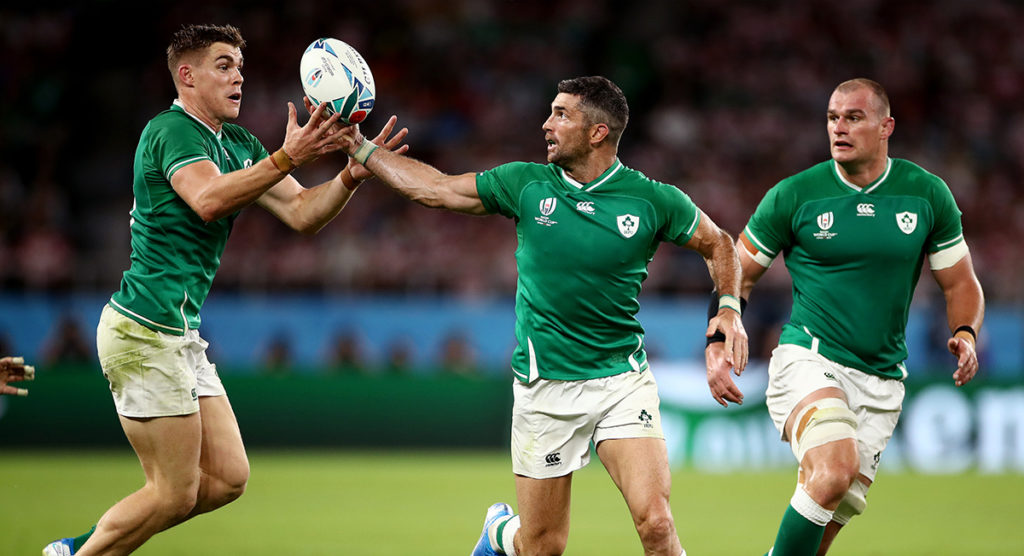 Ireland earned a bonus point 35-0 win over Russia on Thursday at the Rugby World Cup, but it was not enough to lift the spirits of some concerned fans, who felt they should have put on a far more polished display against a weak Russian side.

A month after Connacht scored six tries against Russia in Moscow, Joe Schmidt’s men were restricted to five in Kobe, and only secured the bonus point on 62 minutes.

Some fans on Twitter have said that this is a case of ‘job done’, as the main focus was to secure a bonus point regardless of performance. Further, nilling the opposition is also a huge positive to take from the game, as well as showing the match awareness to see a chink in Russia’s structure and exploit the chip over the defensive line to great effect.

However, there are many fans that are much more concerned, as while the goal was to secure the bonus point, there was so much more riding on this game. This game was a chance to make a statement after a humbling loss to Japan on Saturday, and look to build momentum for the latter stages of the tournament, which has seemingly vanished after their opening win over Scotland.

With a litany of handling errors and some predictable rugby at times, it is hard to say that they achieved that.

To make matters worse, with Jordi Murphy going off injured, and Johnny Sexton being replaced at halftime, only more concerns have arisen. While Schmidt said that the decision to take the flyhalf off was tactical, some fans are slightly sceptical about how fit the current World Rugby player of the year is.

Moreover, many fans on social media are disagreeing with this ‘job done’ mentality, demanding a lot more. Although the bonus point moves Ireland within touching distance of the quarter-finals, few fans are expecting them to go any further with the recent performance. Either the All Blacks or South Africa await in the last eight, and many fans have said that neither side will be intimidated by Ireland’s display.

Only a day before, the All Blacks swept Canada aside 63-0, and showed they were capable of scoring quite a few more. Ireland’s performance was a far cry from that in a match where they were expected to score as many points.

This was the reaction:

Lads – feck this “job done, got the bonus point” nonsense. Ireland were woeful and we scraped the bonus point after a drought period against 14 men. The conditions aren’t an excuse. #IREvRUS

people saying “sure we won,move on!”If All Blacks,Boks,Aussies or England played Russia it would be a cricket score. If we want to be top of the game we need to be more clinical and not so predictable and basic.We have no running game, and without Sexton we’ve nothing #IREvRUS

Best thing about that #Ireland game is the bonus point….looking at it though this team isn’t going any further than the quarters nothing there to scare NZ or SA #IREvRUS #rugbyworldcup2019

Obvious @jamieheaslip doesn't want to be seen to criticise any of the players some of who are his friends but dear lord can we get some honesty, we have been shockingly poor this world cup. A performance like this we will be humiliated against NZ or SA. #IREvRUS

underwhelming would be an understatement.

Ireland were shocking today the line was 68.5 pts against a nobody team again another poor display 🙈 #IREvRUS

Has it occurred to the coaching staff that this head down run through a brick wall off nine/1st receiver style of rugby is sapping the energy out of this team. Its too easy to defend. Need to play to width more lads and play a smarter kicking game. #IREvRUS #RTErugby

Although we might not like to believe it, there is little evidence to suggest Ireland can go beyond the quarter finals for the first time ever. #IREvRUS

Japan loss has really knocked the confidence out of this squad after emotional high of a good performance against Scotland. Today's gimmee game & a physically tough final game against Samoa aren't I feel rejuvenating enough to bring it back before facing SA/NZ.. #IREvRUS #RWC2019

The game was littered with handling errors in stifling conditions, and that meant Ireland were perhaps forced to play a tighter game than they would have liked. But Russia seemed to defend the barrage of carries from the forwards for large chunks of the game, and would often wait for the inevitable spillage.

After a blistering start to the match with Rob Kearney going over for a try inside the first five minutes, it looked as though that would continue, but Ireland gradually lost their control and the errors kicked in.

Schmidt is notoriously scrupulous and a tactical mastermind, meaning Ireland can never be written off in the quarter-finals. But after a hugely encouraging opening game against Scotland, they have not inspired their fans with their next two performances.