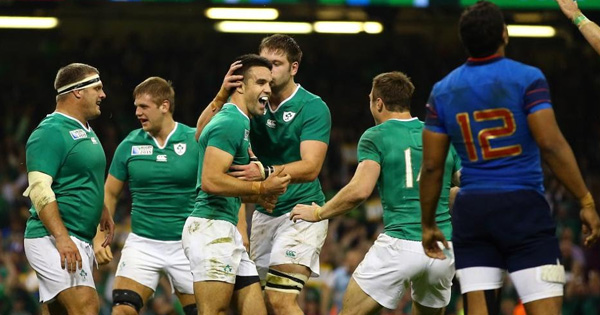 Ireland beat France 24-9 in a fiery clash in Cardiff that left the Six Nations champions with injuries to key men Jonny Sexton and Paul O’Connell. The latter appears to be out of the tournament, while Sexton may yet make it back for Ireland’s quarter final against Argentina.

Flanker Peter O’Mahony was also injured, and it has since been confirmed that he is out of the tournament after damaging his knee ligaments. Sexton and O’Connell will undergo scans today.

France’s loss means they finished second in Pool D, so will face the leader of Pool C, the All Blacks. Their fixture will be a repeat of the 2007 Cardiff quarter final, when France so famously shocked the world and sent New Zealand home.

France will play New Zealand in Cardiff at 20:00 on Saturday night, followed by Ireland’s quarter final against Argentina at the same venue, at 13:00 on Sunday.