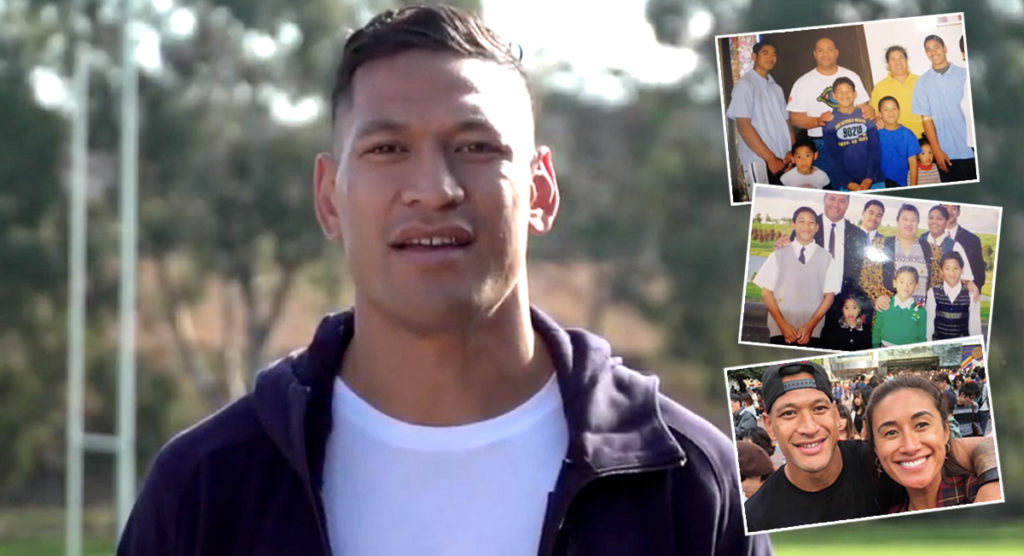 Israel Folau has reached out to the public to help with his legal fees as he continues his battle with Rugby Australia, who recently fired him for his extreme religious messaging on social media. The star fullback posted an emotive video on youtube today.

Folau had his contract torn up after he was found to have breached his Code of Conduct following repeated online offences that Rugby Australia insists he was warned about.

In the video, that includes family images and pictures of him in action for Australia, he talks about how he and his wife have already spent a significant amount of money on legal fees.

He has therefore set up a GoFundMe page, with a hefty target of $3.0M to help with his upcoming legal battle.

“My faith is the most important thing in my life. I try to live my life according to the Bible and I believe it is my duty to share the word of the Bible,” he explains on the page.

“Sadly, after I uploaded the messages from the Bible, my employers, Rugby Australia and Rugby NSW, tore up my employment contract. As a result, I have lost my job, my livelihood, and the ability to play for my country. It looks like I will never be allowed to play rugby in this country again.”

While what he has said has been viewed as hate speech by many, as it doesn’t go along with the inclusive ideals of what Rugby Australia stands for, others believe he is entitled to expressing his religious freedoms.

It is not the first time he has offended though, so while he may feel free to express himself, his employers appear to have been entitled to dismiss him for breaching the terms of the contract that he signed. That is essentially what the legal battle will be about.

“I would be very grateful for your support,” he continued on the fundraising page.

“Could you make a donation, within your capacity to give, in order to support my action? I have the fight of my life on my hands and every little bit will help.”