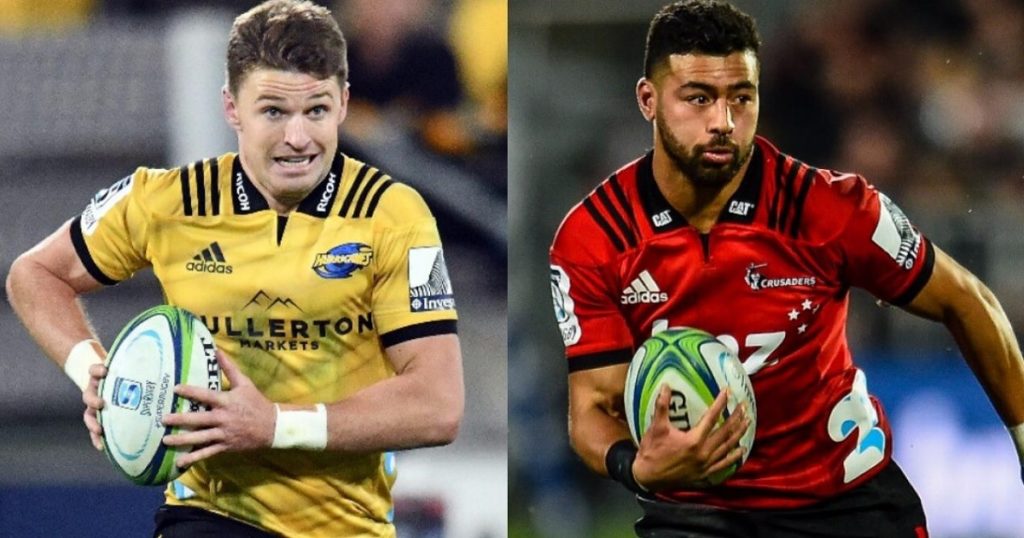 This weekend, two of New Zealand’s form out-halves will face up against each other as the Crusaders and the Hurricanes duke it out for a place in the Super Rugby final. And with the world cup in Japan just months away, this encounter is the first litmus test of form for All Blacks head coach Steve Hansen.

There’s no doubting the prowess and immeasurable talent of Beauden Barrett and the current incumbent of the number 10 jersey doesn’t look like shifting from that position anytime soon.

On the other side, there is the hugely impressive Richie Mo’unga, who has proven himself to be a more than capable inclusion in the world champion side thanks to a terrific season-and-a-half.

So perhaps these two are the half-backs to lead the All Blacks on their crusade for a third successive world cup triumph.

Both Barrett and Mo’unga have similarities in the way they play the game. They play very flat and are not afraid to attack the line and/or find space for their inside centres running off them. Each has a decent turn of pace, with Barrett edging that particular battle.

Mo’unga is deceptively evasive in the tackle area and uses his good feet to step out of trouble; Barrett’s blistering acceleration and ball placement sets him aside from his counterpart.

The Crusaders edged the Hurricanes in the New Zealand conference, but only just. The Christchurch-based side finished the regular season on 58 points, with 11 wins, three draws and two losses. The Canes on the other hand ended with 53 points, securing 12 wins, a draw and three defeats.

While the Crusaders dispatched the Highlanders with relative ease (38-14) in the quarter finals, the Hurricanes are more battled-hardened after a narrow 35-28 victory over the Bulls.

The two sides have little to choose between them but for one thing which is guaranteed, is that it will be a humdinger of a match come Saturday evening.