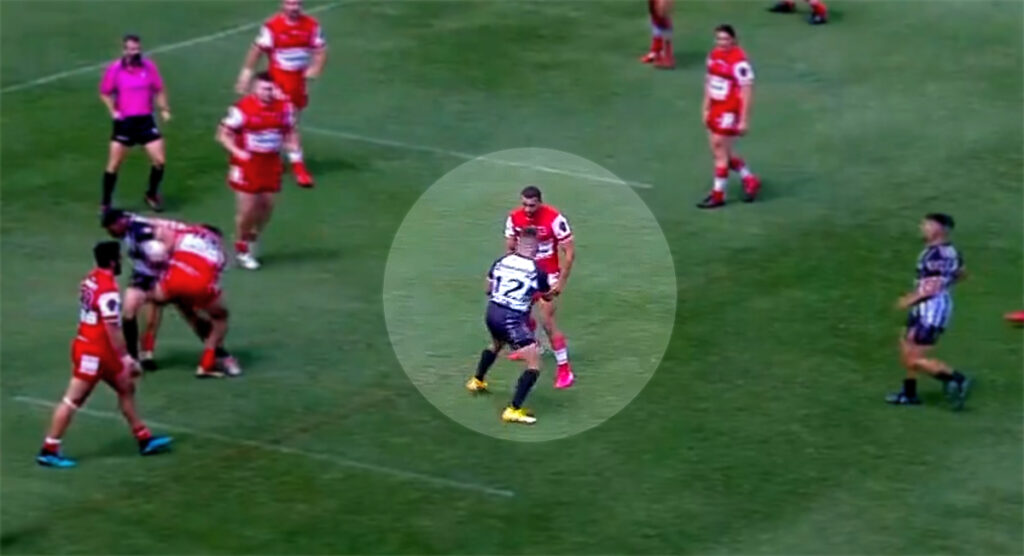 Two players squared off after a dangerous tackle sparked rivalries in a National Indigenous Rugby League Championship final match in Sydney on Saturday. Fights like this are a fairly rare occurrence in any form of rugby these days, so fans and the commentary team watched on fairly stunned.

Briggs’ family member, Randall Briggs, took exception to it and made that clear in no uncertain terms. But once this seemingly settled down, thanks to referee Gavin Badger, the two squared off again at the very next phase of play, this time trading blows as teammates stood back and watched.

“Gee they’re stepping back and watching, this is like out on the road,” a commentator said as the other players backed off and let the two do their thing.

“This is ice hockey stuff. We haven’t seen this for a very long time in rugby league. This is unprofessional … to start swinging like this, this is no good. Back in the ‘80s? Yeah. But not now. This is stupid by both of these players.”

The pair eventually shook hands, Randall Briggs left the field with a large gash in his forehead and Newcastle went on to win the game comfortably 26-0.

“It’s just the passion and the desire and the intensity that you see out there in knockout footy. That’s all it was,” said the Hawks skipper post-match.

“Both boys stood up and I think they shook hands afterwards and we’re going to leave it at that pretty much.”