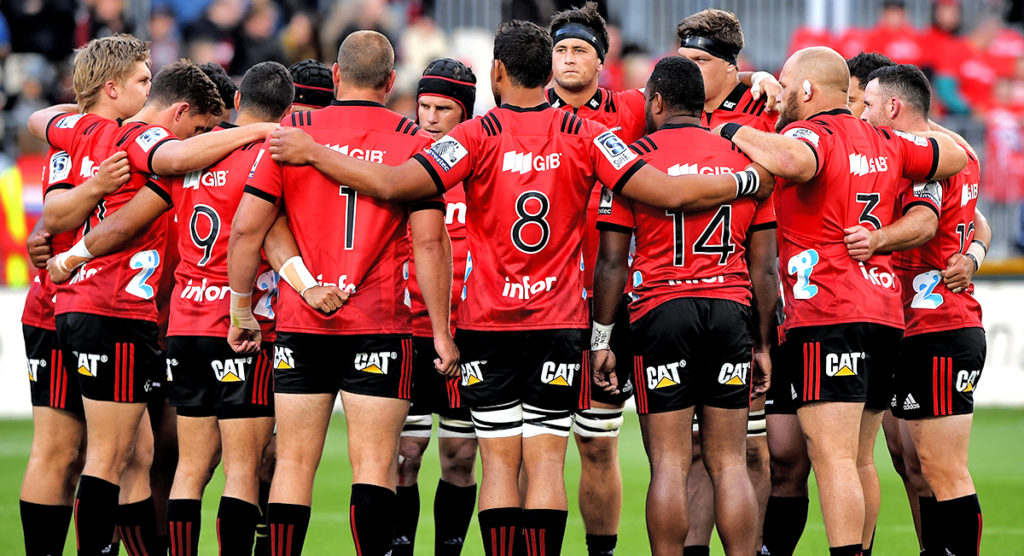 Following the devastating terror attack in Christchurch, the name of the local Crusaders team came under scrutiny due to it’s negative connotations. After much speculation, the Crusaders and New Zealand Rugby have issued a statement clarifying their position.

Much to some fans’ dismay, the organisation have taken the appeals to have the name changed very seriously. In what is natually a sensitive topic, a joint statement said the following:

The BNZ Crusaders and New Zealand Rugby have announced today that they will engage independent research company, Research First, to seek feedback and provide recommendations on the Crusaders team name and brand, following the Christchurch attacks on Friday 15 March.

BNZ Crusaders CEO Colin Mansbridge said: “This is an event that rocked our community and brought some important issues to the fore. One of the contentious issues that has been brought up in the aftermath of the Christchurch attacks is the name of our rugby team – the Crusaders.

“Because of our desire to be the best we can be and to support our community, we are treating the question around the appropriateness of our brand extremely seriously. We are committed to undertaking a thorough process, taking into account all relevant opinions and, most importantly, we are committed to doing the right thing.”

When the first year of Super Rugby kicked off in 1996, the Crusaders title was chosen for the side representing the provincial unions from the top half of the South Island and the brand was built on a stylised version of medieval England, in a nod to the English heritage of Christchurch. The club’s marketing over the past 23 years has incorporated the pageantry of knights and horsemen, and included symbols such as swords and banners.

New Zealand Rugby Chief Executive Steve Tew said: “In the wake of the Christchurch attacks, it is apparent that the symbolism the club has used, combined with the ‘Crusaders’ name, is offensive to some in the community due to its association with the religious Crusades between Christians and Muslims.

“One thing that has become very clear in the last two weeks is that there are divided opinions on the best way forward for the brand. We understand and appreciate the passionate feedback that we are receiving on both sides of the conversation, and at this stage we are committed to keeping an open mind until the independent research has been done.”

Mr Mansbridge said: “Our challenge is that the name Crusader has come to mean something quite different to many of the team’s supporters. This team is proud of the positive contribution it makes to the community. In recent times the Crusaders region has been through a number of tragic and trying events and the team has played an important role in helping galvanise the community and raise spirits following significant events. Through these events, the Crusaders name has become more reflective of a positive Crusade.”

In order to complete an objective process, Research First will be tasked with engaging relevant stakeholders and will use their expertise to evaluate the feedback and provide recommendations. Feedback will be collected during the 2019 season, and following that the Crusaders and NZ Rugby Boards will consider the recommendations and reach a final decision.

Mr Tew said: “We are asking Research First to look into two possible options moving forward – retaining the ‘Crusaders’ name but changing the branding and associated imagery; or undertaking a complete rebranding, including the name and all imagery.

“Maintaining the status quo in terms of the Crusaders name along with the current imagery of knights on horseback is, in our view, no longer tenable because of the association with the religious Crusades that has now been drawn. That is therefore not one of the options that we will be considering.”

Mr Mansbridge said: “We have already stated our commitment to undertaking a thorough process and to do so is going to take time.It will not be possible to arrive at a final decision and respond in our brand, wardrobe and insignia before the end of this season, but the outcome for any decision will be reflected in our marketing material, playing kit and at-game experience for the 2020 season. We will remain the Crusaders for the rest of the 2019 season.”

Statement ends. They have also provided a link for users to submit further feedback.

Fans are extremely upset that it’s even being considered. You can read some of the heated comments and discussion on their facebook page here.

Muslim convert since 2009, Sonny Bill Williams had a week off with compassionate leave, spending time in the communities and visiting hospitals where victims recovered from the horrific attacks.