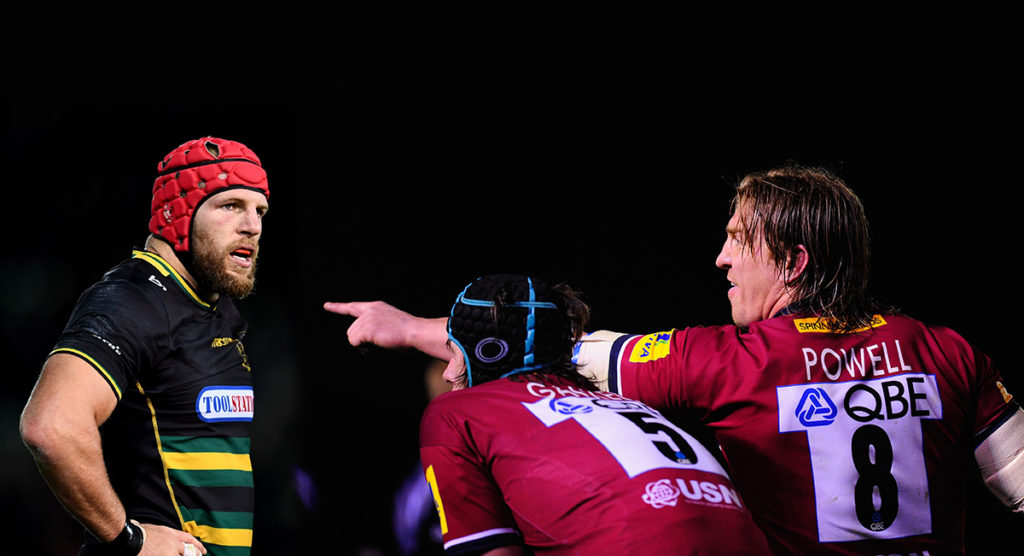 The former number eight challenged Haskell to the match at Gloucester’s Kingsholm Stadium in six month’s time, with the aim to “raise lots of money for some charities”.

Would like to thank Danny dig promotions for the invite to fight in a charity boxing match 17th August all money will be going to a mental health charity !! After this tough fight I will be looking to take on @jameshaskell in 6 months time !! ? Let’s get it on

@jameshaskell shall we get this fight on and raise lots of money for some great charities !! I think the public would love it !! Two characters in the game going toe to toe wales vs England In kingsholm Gloucester !! What you reckon @gloucesterrugby ?

Powell was known throughout his career as an enforcer on the field, who would never shy away from confrontation. The personality he had on the pitch may lend itself to a boxing ring, and could make this very entertaining.

Meanwhile, fellow back-row Haskell, who has already played his last game of professional rugby for the Northampton Saints, does not seem like one to turn down a match up like this.

Both players were British and Irish Lions tourists, Powell in 2009 and Haskell in 2017, and would line up against one another fairly evenly. Standing at 6ft 6, Powell would have a two inch height advantage, but Haskell would probably be the heavier of the two.

This would be a chance for both players to renew one of rugby’s oldest rivalries, Wales vs England, and has already got some of their former teammates excited.

Happily be the water boy. Must state, a lot of love for Hask too. Would be unreal@as a charity event

Powell and Haskell are two of the biggest characters the game has had in recent years, and this would surely attract a lot of attention from English and Welsh fans.

Haskell, who has spoken about MMA training in the past, unleashed a few punches against the Cheetahs when he played in Super Rugby in 2012. If the charity fight goes ahead, he’ll no doubt be constantly referencing this video in the build up.