The England squad has been announced, and many English fans are thrilled with the exciting lineup ready to take on the All Blacks at Twickenham on Saturday. Unfortunately, not everyone can seem to get behind the national side in a positive manner, as proved in many of the comment sections found online.

Well fortunately with players now having a huge voice on social media, not all trolling will go unpunished. That’s been the case in today’s announcement as Jack Nowell took to the comment section himself, with a comeback that may make this keyboard warrior think twice before berating individual players again.

Now before everyone jumps on this fan’s back, it’s important to remember that he was just voicing an opinion, and is very unlikely to have wanted to cause any emotional hurt for the players themselves.

“this is utter dross. Sinckler has been bloody awful, BV is past it as is his brother, Farrell, Smith don’t work. The wings are not on form, just dull. Think I’ll paint a wall and watch it dry”

This unleashed a huge response from fans, furious that their team and players had been slated in such a way. Expanding on his point, the mystery fan went on to put his point across further:

“doing the first coat now, lol. Just think we have far better and exciting players that should be there. Jones is a world class coach and has proved that, time and time again. Problem is he seems to run out of steam and ideas, that’s where I think we are at now. I do hope not but feel the World Cup is a long shot without new players being afforded opportunity. How must Marshall [Guessing Mitchell?] and the others feel, being brought into a squad each week just to be released”

The fan in question has every right to put his point across, and no doubt put across some interesting arguments as to the future of the England squad, however there are players selected that have worked hard and been selected for their country, so no doubt deserve to be there, no matter what individual opinions people may have.

Jumping on this, Jack Nowell responded in a classy light-hearted way, which will no doubt bring him many more fans:

“good man. Please send me a pic of the wall after”. 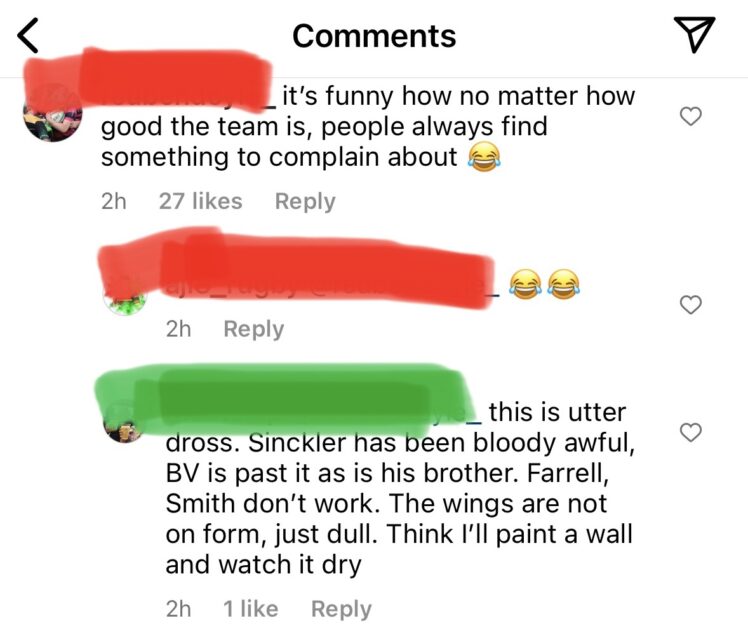 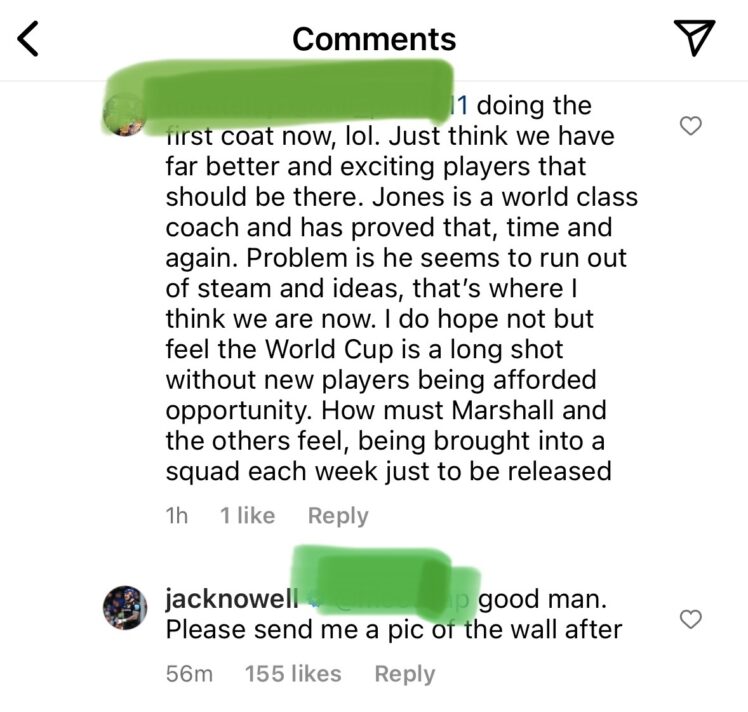