Jacques Potgieter fined $20,000 for homophobic comments against the Brumbies 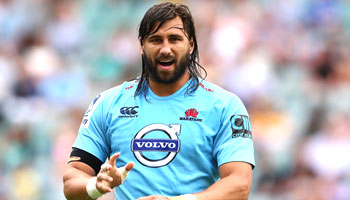 NSW Waratahs forward Jacques Potgieter has been fined $20,000 (with $10,000 suspended) after an investigation into alleged homophobic slurs resulted in the former Bulls player being found guilty of the offence against the Brumbies.

Brumbies flanker David Pocock first approach referee Craig Joubert to bring attention to it on Sunday, but at the time nothing was done as even Pocock himself didn’t know who said what.

Potgieter later admitted to making comments contrary to the Australian Rugby Union’s Inclusion Policy. He expressed remorse over the incident, and apologised for any harm caused by his remarks.

“I’m very sorry for any offence caused by what I said on the field during a heated encounter. It was an offhand remark made without thought for the hurt it could cause to those around me,” he said.

As well as the fine, he will be required to undergo additional educational and awareness training.

ARU CEO Bill Pulver said: “We take the issue of homophobia in sport seriously and want to provide a positive environment for everyone involved in Rugby. Comments of this nature cannot be tolerated.”

The incident follows the endorsement of an ARU Inclusion Policy in August 2014, which is designed to stamp out all forms of discrimination and homophobia in Rugby. Potgieter’s penalty relates to a breach of the ARU Code of Conduct, which prohibits homophobic or racist comments.

Waratahs Rugby CEO Greg Harris said the incident was unfortunate, given the efforts of the sport to be an inclusive environment.

“Jacques made an error in judgement, despite having completed the ARU’s Integrity Training, which includes the Member Protection Policy around Inclusion and Racism,” Harris said.

“Our players have been educated around the importance of respect and integrity on the field, and this incident was directly in conflict to these values.

“There is no place for homophobia or any form of discrimination in our game and we have endeavoured as a club to embody these values on and off the field. We pride ourselves on a strong culture, and this incident is by no means definitive of our collective identity as a football club.”