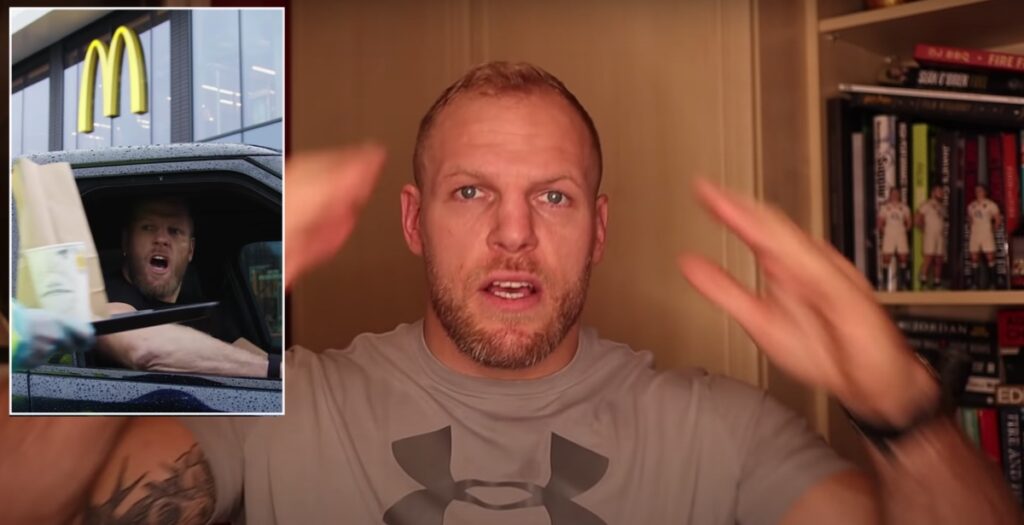 James Haskell has released a YouTube rant defending his role in a Mcdonald’s advert back in December.

The ex-England star speaks passionately about nutrition and training following the criticism he received having featured in the tongue in cheek promotion for the fast food chain last month.

Haskell goes on to explain the effects of calorie deficit, saying that fast food shouldn’t be blamed for obesity and later ridiculed the ‘Crispy Creme Diet’.

The eight-minute video covers a lot of ground and is likely to prove divisive among some fans.