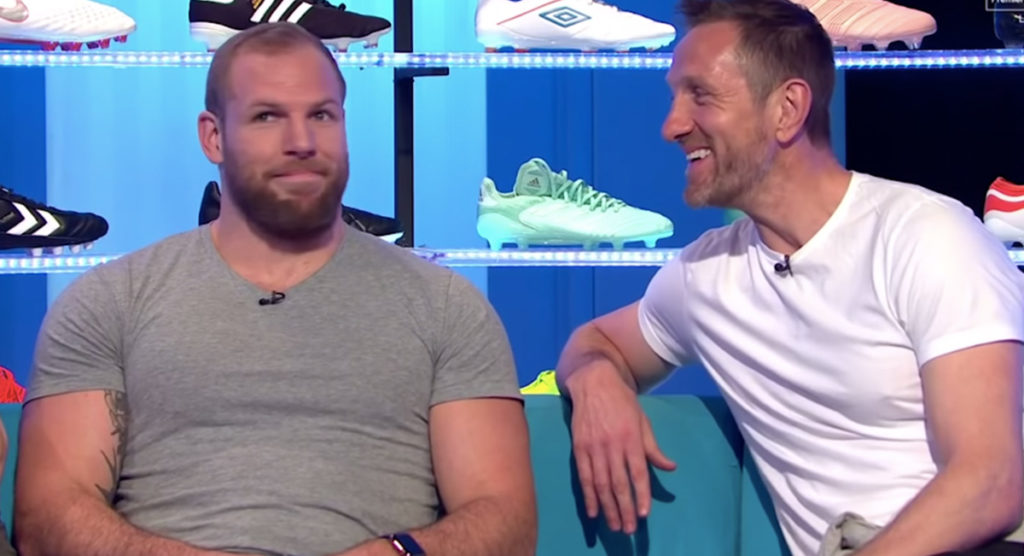 After initial speculation and then relentless needling on Twitter, James Haskell appeared on Soccer AM with Will Greenwood to discuss their infamous post-match TV howler. Many assumed that Haskell was drunk as his words were clearly off, to say the least.

Aside from being capped 77 times for England and launching various endeavours as an entrepreneur, Haskell is also the self-proclaimed Archbishop of Banterbury.  He likes to have a fair bit of fun and is never shy to speak his mind so for that reason, people seem to either love him or hate him.

It should then go without saying that he opens himself up for a fair bit of stick as well.

Such was the case last November as he and Greenwood appeared together on the field after England had defeated South Africa 12-11 in a close and controversial Autumn International match.

Haskell proceeded to offer up one of the most bizarre bits of analysis you’re likely to see.

Speculation of drunkenness was fierce and immediate, with Sky Sports’ Soccer AM among the most prominent voices to take full advantage of the footage.

The real reasons for the mishap were made clear immediately after the fact. Regardless, they finally got a chance to appear on Soccer AM to explain the hilarious circumstances.

I have watched this 300 times.. I have left messages for @jameshask on what’s app crying, I mean truly crying, with laughter… Hask responded crying and taking the michael out of himself. He described how he sounds “tranquilised”. It is comedy gold!! But there is nothing more sinister than sheer misfortune!! I promise everybody – THIS WAS NOT HIS FAULT!!! I have done 16 years of tv.. never known anything like it.. It was all down to what was happening in the earpieces – we wear them to hear the show, director, and producer while analysing. The earpieces were missing every second syllable, they were synchronised behind real time and then repeating in your ear… if you watch it back I am only just holding on…. totally and utterly impossible to maintain “diction” and thought process… no one will believe him but there was absolutely nothing James could do.. my man of the match interview I very very nearly did the same thing… But Holy Shit it is funny…