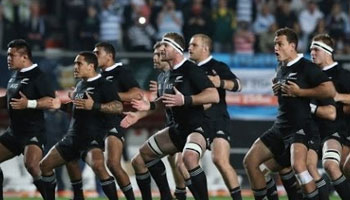 As with the third Bledisloe Cup Test, New Zealand Rugby have set up a Live and on Demand Stream for the Japan vs New Zealand Test match that takes place on Saturday 2 November. The match is available for users in 159 countries around the world.

Kickoff between the hosts of the 2019 Rugby World Cup and the current World Champions is at 6.00pm NZT/5.00am GMT. The stream goes out to territories that don’t have television broadcasting deals for this match in place, so covers Asia (except Japan), Europe (except France), the United Kingdom, parts of Africa, all of the Americas and the Pacific (except Australia and New Zealand).

You can view a full list of the available territories further down this page.

The recent Bledisloe Cup Test in Dunedin marked the first time New Zealand Rugby had streamed an All Blacks Test match live. It attracted 12,000 views during the live match.

New Zealand Rugby Chief Executive Steve Tew said the Bledisloe Cup online broadcast was very successful given the short window to promote the event and underlined the popularity of the All Blacks across the world.

“Around 70 per cent of our three million strong online community is based outside New Zealand so we are very keen to reach that audience as we expand our global fan base.

“The Japan Test represents another great opportunity for fans to see their favourite team in action. Obviously rights availability varies from game to game, which will determine when and where we will be able to offer this service.

“However, we expect the online channel to have an increasing role as we shape our content model in the future. We have a clear goal of taking the All Blacks to new fans throughout the world and we will continue to look at opportunities to share future games in this way where we can.”

As well as the live stream, the match will also be available in these markets to be viewed as Video on Demand following the live match, both above and on allblacks.com

Live Stream and VOD will be available in the following countries or regions: